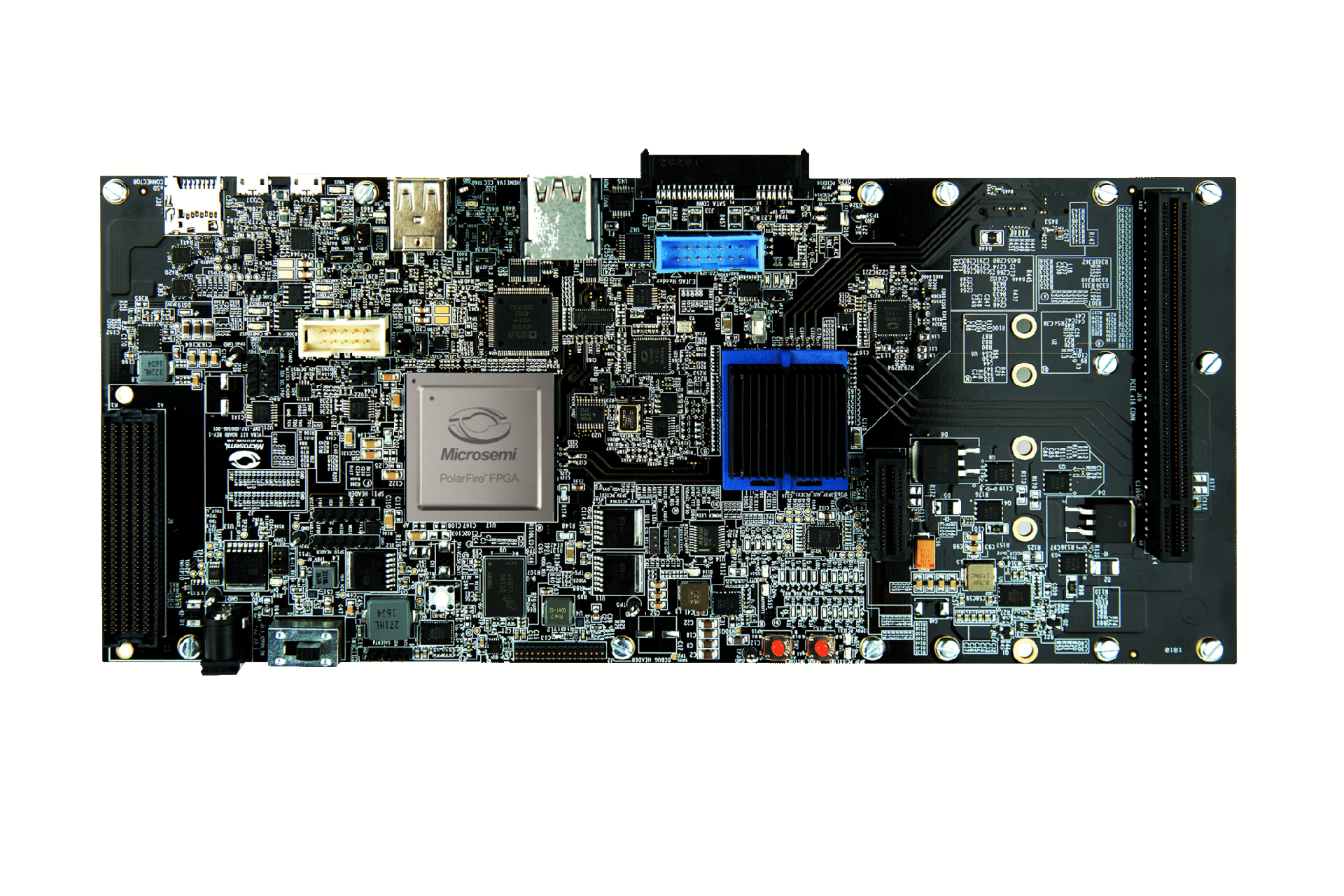 Launched back in February at FOSDEM the HiFive Unleashed RISC-V development board boasts a 64-bit Freedom U540 SoC with features that include a 4+1 Multi-Core Coherent Configuration (up to 1.5 GHz), implemented in TSMC 28nm process. The development board also has 8GB DDR4 RAM, a USB UART for console, gigabit Ethernet, Micro SD storage, and FMC expansion.

Previously if you wanted to add PCIe peripherals — which also includes USB devices via a PCIe/USB adapter — it was necessary to use a Xilinx VC707 FPGA development board plus FMC PCIe Root module at a combined cost approaching $5,000. However, this has now dropped to $1,999 thanks to a custom expansion board from MicroSemi announced earlier this week. The HiFive Unleashed Expansion Board features include:

The $1,999 price also includes a free one year Libero Gold License, which is required if you want to synthesize your own FPGA designs. At the time of writing a bitstream is provided that enables a PCIe Root Complex, although it is stated that in future the kit will be opened up to custom solutions, such as implementing your own application-specific hardware accelerators, for example.

Limited expansion boards and bundles that include a HiFive Unleashed are being made available via Crowd Supply and orders placed now are scheduled to ship at the end of the month.