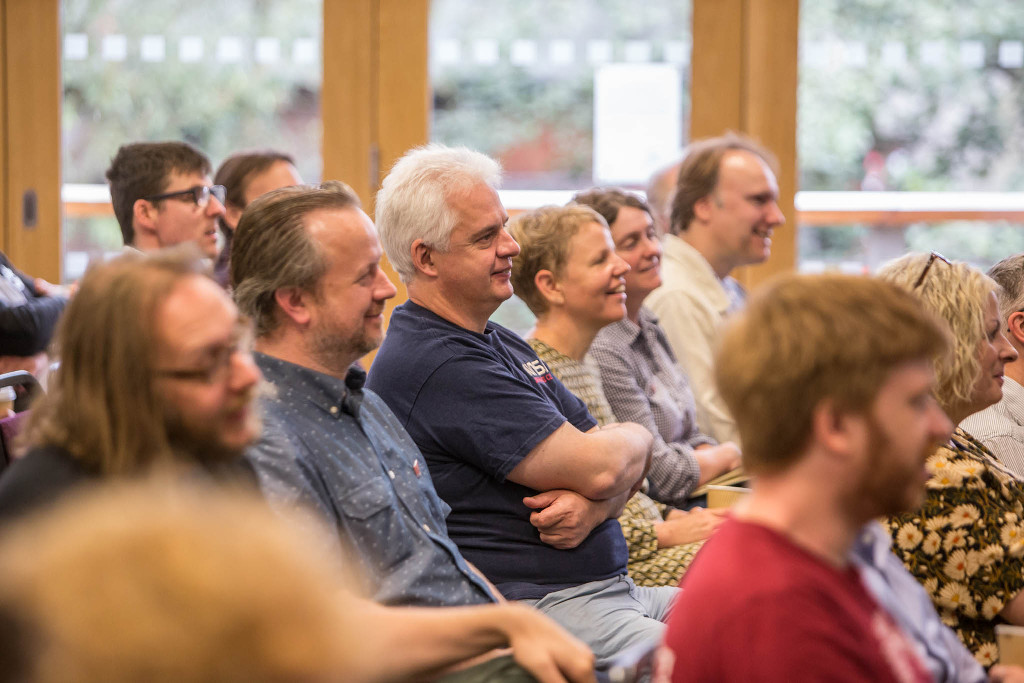 With Gareth on vacation there’s no Community Round-Up this fortnight, so I thought I’d take the opportunity to provide a rundown on what we have in store for the annual  Wuthering Bytes technology festival — running over 10 days again! — that will get off to a start in just a few weeks time.

Wuthering Bytes launches on Friday 1st September with the imaginatively named Festival Day — suggestions for better names on a postcard, or perhaps just comment here… — a celebration of technology in everyday life and beyond.

We’re truly honoured to have an opening keynote this year from Dr David Hartley of the Computer Laboratory at University of Cambridge, who has made many significant contributions to his field and will be treating us to fascinating insights that stretch back to the origins of computing in Britain.

We’re also thrilled to be joined once again by Dr Laura James who will be compére for the day. Electronics engineer, IT historian and master of using scientific principles to do ridiculous things, James Larsson will be giving the closing keynote (this is guaranteed to be fun).

Caroline Gorski will be exploring how we’ll respond to ever-present, ever-listening, ever-communicating technology. Ian Drysdale will take a look at the research, design and build of ambitious new digital businesses where co-operation is a competitive advantage. And Spacecraft thermal engineer, Katie Hassell, will be telling us how to keep things “just right” in space.

I have to admit that I’m particularly looking forward to Dr Suzie Sheehy’s talk in which she will be revealing the secrets of particle accelerators. There will be a demo also — could this just top the mass spectrometry and rocket engine demos that we’ve previously hosted?!

Plus many more fantastic talks and, of course, followed by lightning talks and the Wuthering Bytes social on the Friday evening. For more details, check out the schedule.

Internet of Things has been a recurring theme at Wuthering Bytes and this year we are playing host to two events concerning this and, in particular, LoRaWAN and crowdsourced data network for the IoT, The Things Network.

At the IoT Build and Deploy workshop on Sunday 3rd September participants will be taken through the process of building simple devices that can be connected to the Things Network.

On Monday 4th it’s the first ever Things Happening, a one day symposium that will explore the potential of Long Range Wide Area Networks. From building the underlying infrastructure to deployment of sensors and devices. It is an opportunity to see what is being developed and learn from the people who are doing it.

The day will be kicked off by Wienke Giezeman, Co-founder of the The Things Network. We’ll also be there with one or two fun LoRaWAN demos.

Chip Hack 2013 at the Centre for Creative Collaboration, London

Chip Hack aims to provide a gentle introduction to FPGA programming using the Verilog hardware description language (HDL). The workshop has previously been run in London in 2013 and in Cambridge the following year, with both events selling out in a matter of days.

In 2017 Chip Hack has been extended to incorporate EDSAC Challenge, to coincide with the 60th anniversary of the BCS. The first ever president of which was Prof. Sir Maurice Wilkes, who lead the construction of EDSAC — the first practical general purpose stored program electronic computer — at the University of Cambridge in the late 1940s.

After workshop participants have got to grips with Verilog basics they will be shown how to bring up a functional, FPGA model of the historic EDSAC computer. Following which they’ll have the opportunity to extend this and integrate it with physical peripherals, such as a paper tape punch and reader. With support on-hand from digital design experts and computer historians from the Computer Conservation Society.

Despite this being the largest Chip Hack event ever hosted and with space for up to 60 participants, there are only a handful of tickets left! For more details and to register, see the Eventbrite page.

In 2016 we had the honour of playing host to the annual GCC developer conference and this year the festival will draw to a close with ORConf, a 3 day event dedicated to open source digital design and embedded systems, covering areas of electronics from the transistor level up to Linux user space and beyond. Annual conference of the Free and Open Source Silicon Foundation, this was hosted at the University of Bologna last year and CERN in Geneva the year before.

You can expect a series of high calibre talks on topics including PULP, a RISC-V based multi-core computing platform, System Hyper Pipelining, open source EDA, copyleft licensing for HDL, LibreCores and much more. For further details and to register see the conference website.