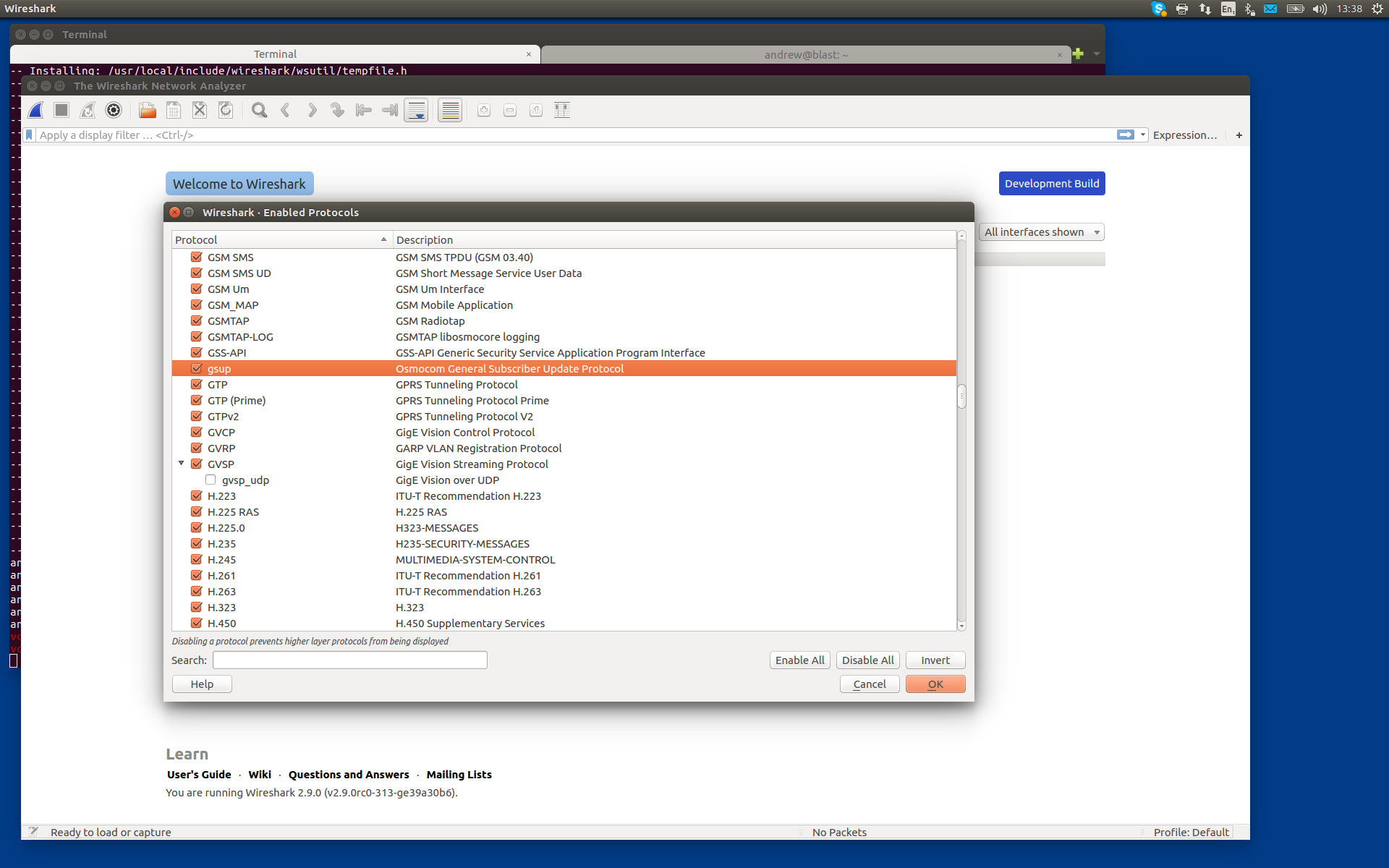 With its first release back in 1998 when it was still named Ethereal, the Wireshark packet analyser is now over 20 years old and across the years has gained support for dissecting an impressive number of protocols. As of last Saturday one more can now be added to the list, the Generic Subscriber Update Protocol (GSUP) from the Osmocom cellular communications projects.

In Osmocom-based mobile networks GSUP performs the same function as SS7/TCAP/MAP in traditional networks, albeit in a much more lightweight manner; with OsmoSGSN and OsmoMSC using GSUP to update and manage the local subscriber list in OsmoHLR, via messages that are designed after the corresponding MAP message, but using TLV encoded structures instead of ASN.1 BER — and no segmentation, since TCP can handle signalling messages of any size.

For more information on GSUP see the OsmoHLR User Manual.