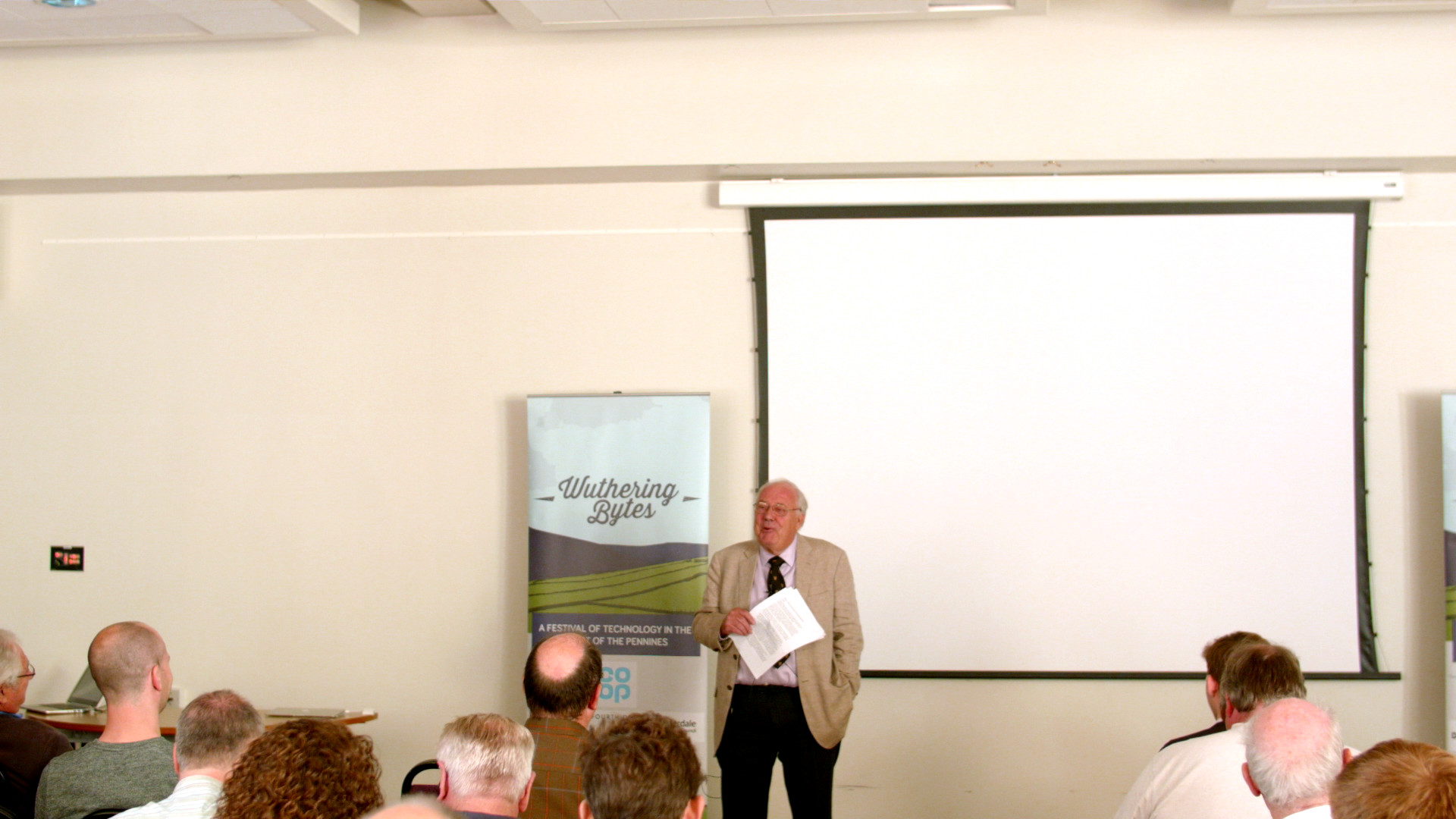 Last year we were truly honoured to have Dr David Hartley FBCS give the opening keynote at the Wuthering Bytes festival. Amongst his many achievements, Dr Hartley was Director of the University of Cambridge Computing Service from 1970–1994, Chief Executive of United Kingdom Joint Academic Network (JANET) 1994–1997, and he was involved the development of the programming language CPL, whose influence can be traced on to C, and C++.

We’re now finally getting round to editing the video from Wuthering Bytes 2017 and we’re delighted to announce that the video of Dr Hartley’s talk is now online. In this he shares many wonderful insights into the early history of computing in Britain — charted via his own personal journey, from growing up in a northern mill town, a scholarship at Cambridge and being supervised by Maurice Wilkes, to running JANET and building the Cambridge computer network.

The Wuthering Bytes festival is not taking place this year and will return 30th August — 8th September 2019. However, Open Source Hardware Camp 2018 is being run as a standalone event over the weekend of 30th June & 1st July in Lincoln.