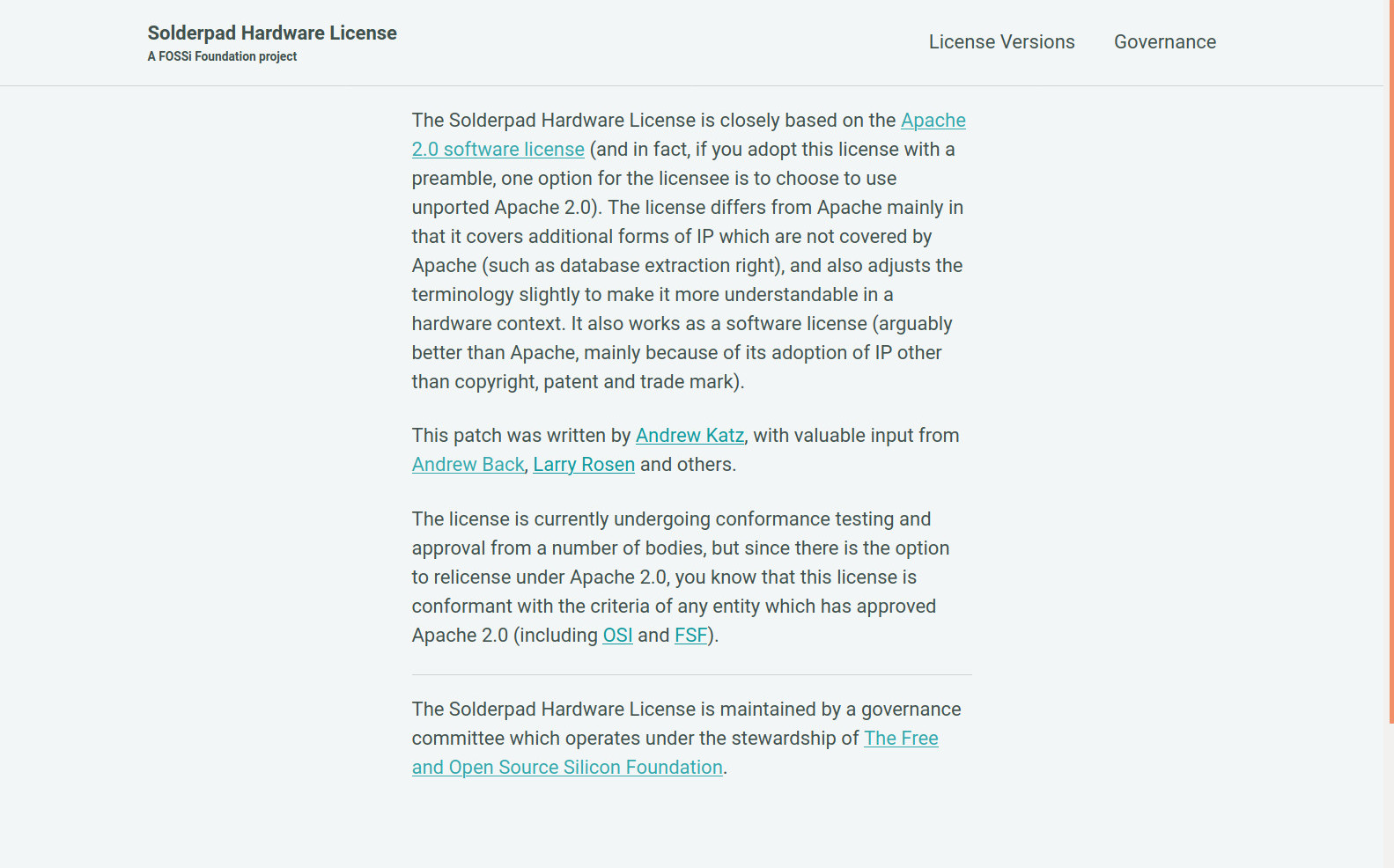 The Solderpad Hardware License (SHL) was created by open source legal expert, Andrew Katz, as a “patched” version of Apache 2.0 which sought to extend the benefits of the popular software license to free and open source hardware designs. Achieving this primarily by updating the language used to make this more appropriate for hardware IP / design artefacts. The license started out initially as modified version of Apache 2.0 and then evolved into a more concise “wraparound” which makes it easier to see how it modifies the license.

When first drafted some time around 2012, Andrew was looking for a home for the license and we agreed to adopt it as a Solderpad project, hosting it via the solderpad.org domain. Now that it has enjoyed some success and gone on to be used by a number of significant open source projects — perhaps most notably the PULP platform — it was decided that a long term independent home was needed, which amongst other things could put in place a governance committee, maintain the license and engage in advocacy etc.

This move is now complete and the Solderpad Hardware License is hosted as a FOSSi Foundation project, with a governance committee scheduled to table its first meeting some time in the Autumn. Coinciding with this move there has also been a new release, SHL v2.1, which should be the last made by Andrew and before the governance committee takes over the reigns. Additionally, this and the previous version, SHL v2.0, have both been included in the latest SPDX License List.

The Solderpad Hardware License website has been refreshed and will be further expanded upon in due course, to add information on usage and governance, for example. Finally, as part of this move we will also be transferring ownership of the solderpad.org domain to the FOSSi Foundation.