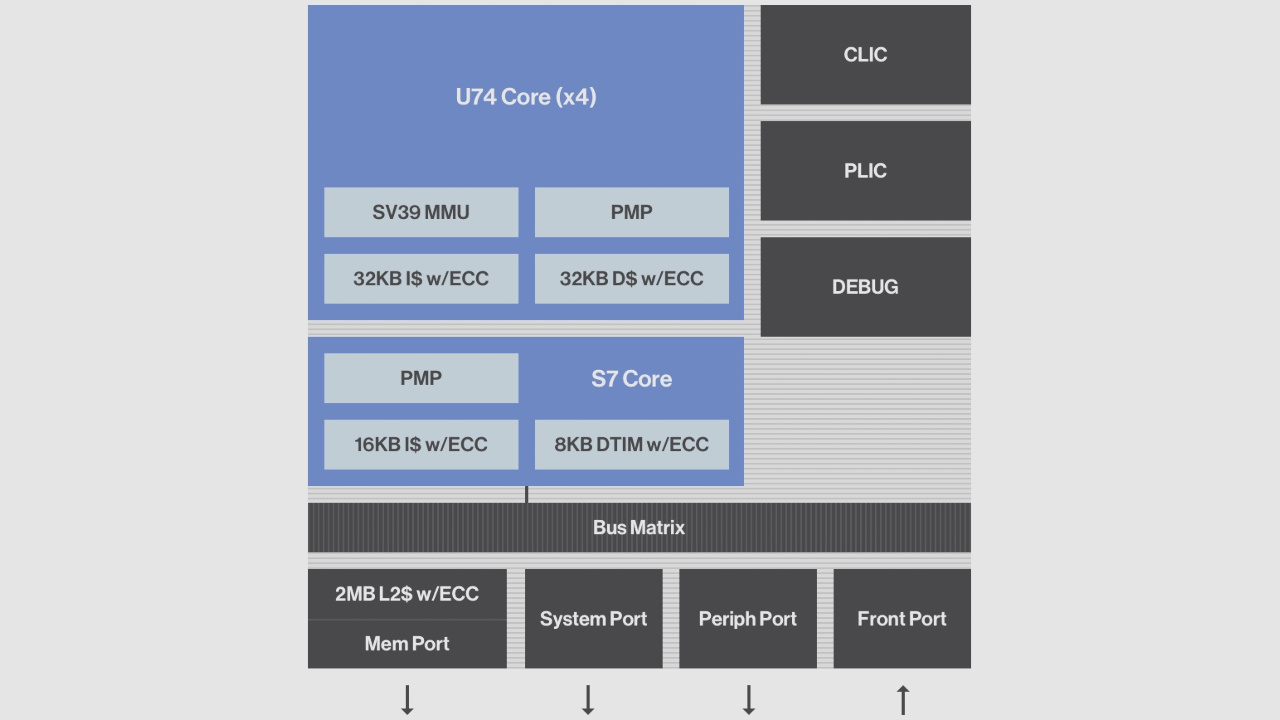 RISC-V pioneer SiFive has announced a new family of processor cores, the Core IP 7 Series, which it claims are “the highest performance commercially available RISC-V cores” and which come in hard-real-time, performance, and Linux-capable variants.

“The SiFive Core IP 7 Series represents a major advancement in RISC-V. The 7 Series brings features to market that have been in-demand but unavailable to customers,” claims SiFive’s Jack Kang of his company’s latest launch. “SiFive offers the broadest portfolio of RISC-V Core IP with the most power efficient and highest performance cores. The 7 Series is our latest innovation that will allow designers to achieve higher efficiency by tailoring their core to the characteristics of their domain – from the smallest edge devices to the data center.”

The family starts with the E7 Core IP Series, a two-part 32-bit family with the single-core E76 and quad-core E76-MC both designed for use where hard-real-time operation is a requirement. The S7 Core IP Series is made up of the 64-bit single-core S76 and quad-core S76-MC, which target latency-sensitive applications including enterprise storage, storage compute, radio base stations and the like.

Finally, the 64-bit single-core U74 and four-plus-one-core U74-M4, which uses four U74 application cores and a single S7 monitor core, are designed to run full-featured operating systems including Linux – as the company’s previous U5 Series has proven on the HiFive Unleashed development board. The company has also pledged future variants with eight application cores.

Full details on the new cores, along with the company’s existing IP, can be found on SiFive’s Core Designer page.