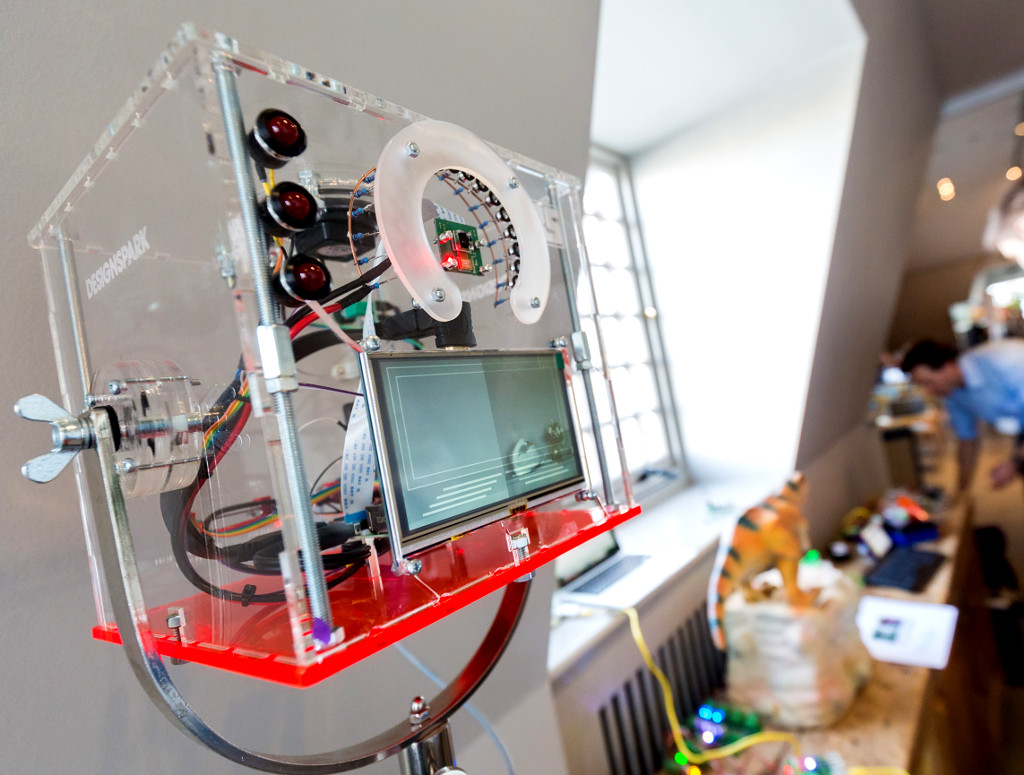 It has now been, I’m ashamed to admit, getting on for two years since this blog was last updated. And by no small coincidence, it has also been two years since we moved to much larger premises, that combine office and light industrial workshop space. Since then a great deal of effort has gone into building out new capabilities, while also being kept busy with no shortage of client projects.

Excuses out of the way and with the blog finally dusted off, I’ll move on to providing an insight into some of the more noteworthy developments from over the last couple of years. By no means an attempt at a comprehensive summary, I hope to cover certain others via future posts.

Where to start? Well, the biggest news is that the company has grown from one person to three!

Chelsea Back, who happens to be my niece, joined in 2014 after having done work experience with us during the summer of the previous year. As someone whose electronics experience extended only as far as that gained at high school, she demonstrated a natural aptitude and quickly took on increasingly complex projects and new concepts with great enthusiasm.

Chelsea is about to complete the first year of a HND in Electrical & Electronic engineering, with a view to going on to completing a degree in the subject. During term time she’s with us just two days a week, carrying out various workshop duties and is a regular blogger on DesignSpark.

Stuart Childs has a background in open design and working practices, with a lot of experience in particular with CNC laser cutting. He looks after design for Ground Electronics products, along with mechanical design and fabrication for client demonstrator platforms.

Stuart was also instrumental in building out our mechanical fabrication capability, upgrading CNC machines along the way, and he is also a regular blogger on DesignSpark.

A great example of a client demonstrator project is the software-defined radio platform pictured above. This came about via a challenge from RS Components and Intel, to show how Intel technologies could be put to use in support of Internet of Things (IoT) development. In response to which we built a solution based around an Intel Core i5 NUC with Intel SSD storage, plus the brand new LimeSDR transceiver (includes an Altera FPGA!) and Pothos-based demos from Josh Blum.

The demos are able to decode Bluetooth Low Energy (BLE) packets, apply simple logic and control a 433MHz RC mains switch. But more than simply this they demonstrate how Pothos and SDR frameworks such as GNU Radio, can be used together with compact, high performance Intel hardware and the LimeSDR transceiver, to provide a low cost solution to expedite IoT development.

You can read more about this via the following two blog posts: Part 1 & Part 2.

At the time of writing most Ground Electronics products are still simple laser cut acrylic enclosures for various different platforms. Initially the laser cutting was done by our friends just down the round at Oomlout. However, it didn’t take long before we decided that we really needed a laser cutter of our own, in order that we could prototype and do production runs on site.

In addition to the laser cutter we also acquired a small CNC plasma cutting machine. While the former is only good for acrylic and wood up to 10mm thick, the latter can cleanly cut sheet steel up to at least 15mm in thickness.

Over the last year the plasma cutter has been upgraded with a new Hypertherm power supply and cutting torch, plus new control electronics based around a BeagleBone Black, together with improved control for torch height positioning (this is crucial for clean cuts).

We also have a small CNC milling machine which has similarly been upgraded. Together with the plasma cutter this means that we can now cut and engrave sheet steel and aluminium to create, amongst other things, custom enclosure panels such as the one for the Intel IoT demonstrator.

As we develop our fabrication capabilities this has also meant having to invest in metrology tools, such as a granite surface table and digital height gauge. Not quite as exciting as CNC machinery, but nevertheless invaluable — and actually quite necessary if you want to avoid having to squint at things and wonder whether it is truly flat and have confidence in marking out etc.

Capabilities mentioned so far have all been in connection with mechanical fabrication and, although this occupies by far the largest amount of physical space and means that we can now provide a more integrated service, it is only a small part of what we do.

Following the move we also invested in assembly benches and additional tooling, and continued to build out our test and measurement capability. While, as of now at least, we have no plans to provide contract electronic design services, there is increasingly a need to carrying out testing with client projects. This is mostly with wireless technologies such as GSM and LoRa.

It feels like we’ve achieved an awful lot over the past two years and in no small part due to the contributions of Stuart and Chelsea. The plan is very much to continue investing in our capabilities and this is something that I plan to cover via this blog as they develop.

However, we’ve also been working on a number of fun projects and with more in the pipeline. An obvious example of which being the annual Wuthering Bytes festival. More details in due course!