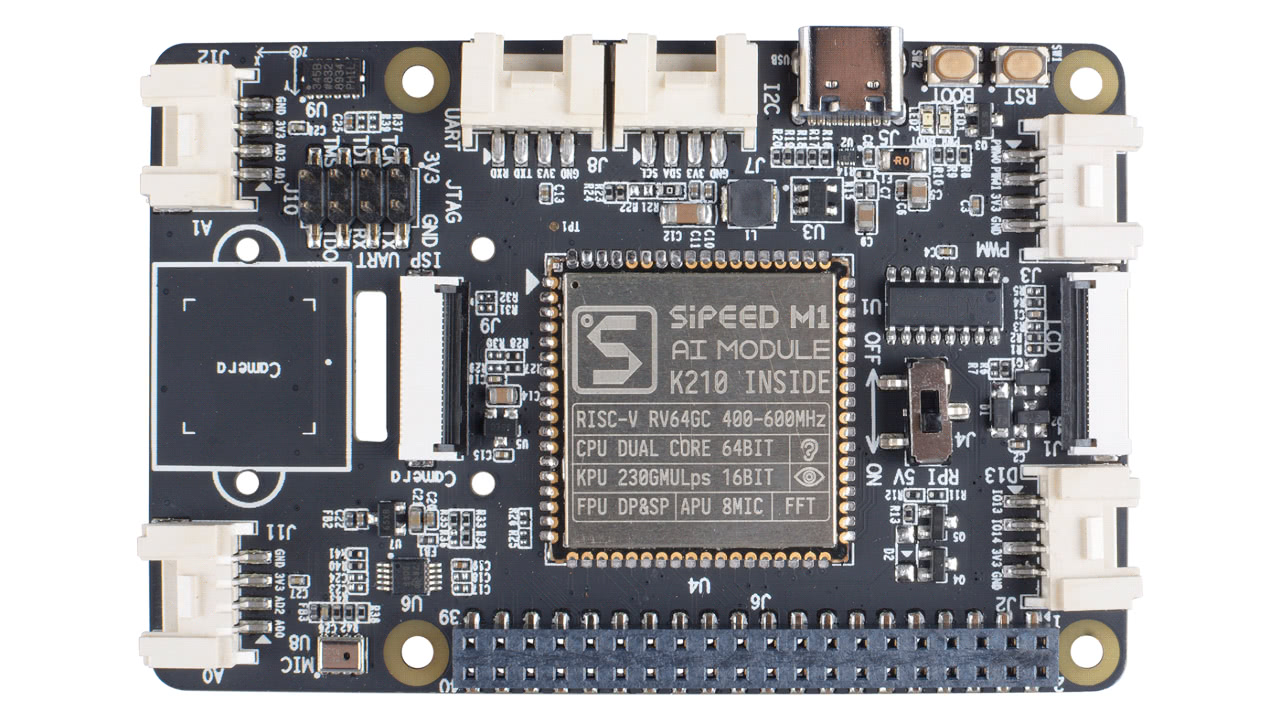 Seeed Studio has begun taking pre-orders for its Grove AI HAT for Edge Computing, an artificial intelligence-focused accelerator add-on for the Raspberry Pi which is based on the RISC-V Kendryte K210 processor.

Based on the Sipeed MAIX M1 module, a development board for which the company crowdfunded late last year, the Grove AI HAT features a dual-core 64-bit RISC-V CPU running at 600MHz along with a 16-bit neural network co-processor dubbed the Kendryte Processing Unit (KPU), a dedicated hardware floating-point unit (FPU), and an audio processor with support for up to eight external microphones, plus connectivity for an LCD panel and camera. Board features are then exposed using Seeed’s Grove connector design, with the board operating as either a standalone single-board computer or connecting to a Raspberry Pi as a co-processor using the Hardware Attached on Top (HAT) form factor.

“We have released varies of Sipeed AI products, we believe it is time to make it Grove and bring all our hundreds of grove senors and grove actuators to your AI applications,” the company explains. “So here comes the Grove AI HAT for Edge Computing. We’ve added six Grove connectors to this hat, including 1x Digital IO, 2x Analog IO, 1x I2C, 1x UART, and 1x PWM. On top of that, based on [the] kendryte-standalone-sdk, we added the full Arduino Core API interface to support Arduino IDE, Linux, Windows, Mac OS X, and other development environments. Which means you can run Grove Arduino Libraries and many excellent Arduino libraries on this board easily.”

The board is scheduled to launch in mid-June, priced at $28.90 per unit; this is reduced to $24.50 during the pre-order period. More details are available on the official product page.