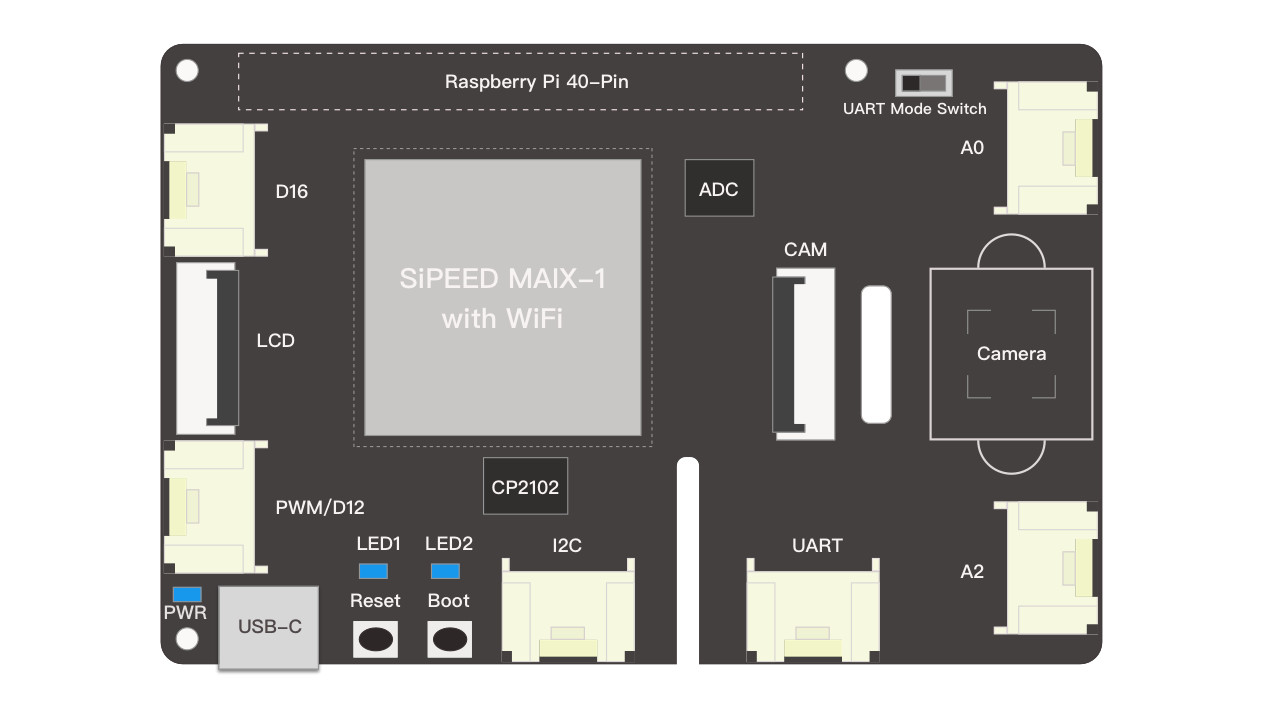 Seeed Studio has announced a new Grove AI HAT for the Raspberry Pi, designed for edge computing projects, based around the Sipeed MAIX-I 64-bit RISC-V system-on-module (SOM) – and, interestingly, it will also function as a standalone development board.

Unveiled on the official Seeed forum by Elaine Wu, the new design uses the full-size Hardware Attached on Top (HAT) form factor to connect to a Raspberry Pi single-board computer via its 40-pin GPIO header. Its primary feature: a Sipeed MAIX-1 system-on-module, available with or without Wi-Fi connectivity, which gives the Pi access to a 64-bit RISC-V implementation designed to accelerate deep learning workloads at the edge.

The board’s design also includes Grove-format connectors for digital IO, pulse-width modulated (PWM) IO, analogue IO, UART, and I²C, alongside camera connectivity. While the board is primarily designed to be used as a co-processor on top of an Arm-based Raspberry Pi, Wu has confirmed that it will also function as a standalone development board powered via a USB Type-C connector at the bottom left of the PCB.

Wu and the team at Seeed are seeking feedback on the design on the company forum. No release date has yet been provided.