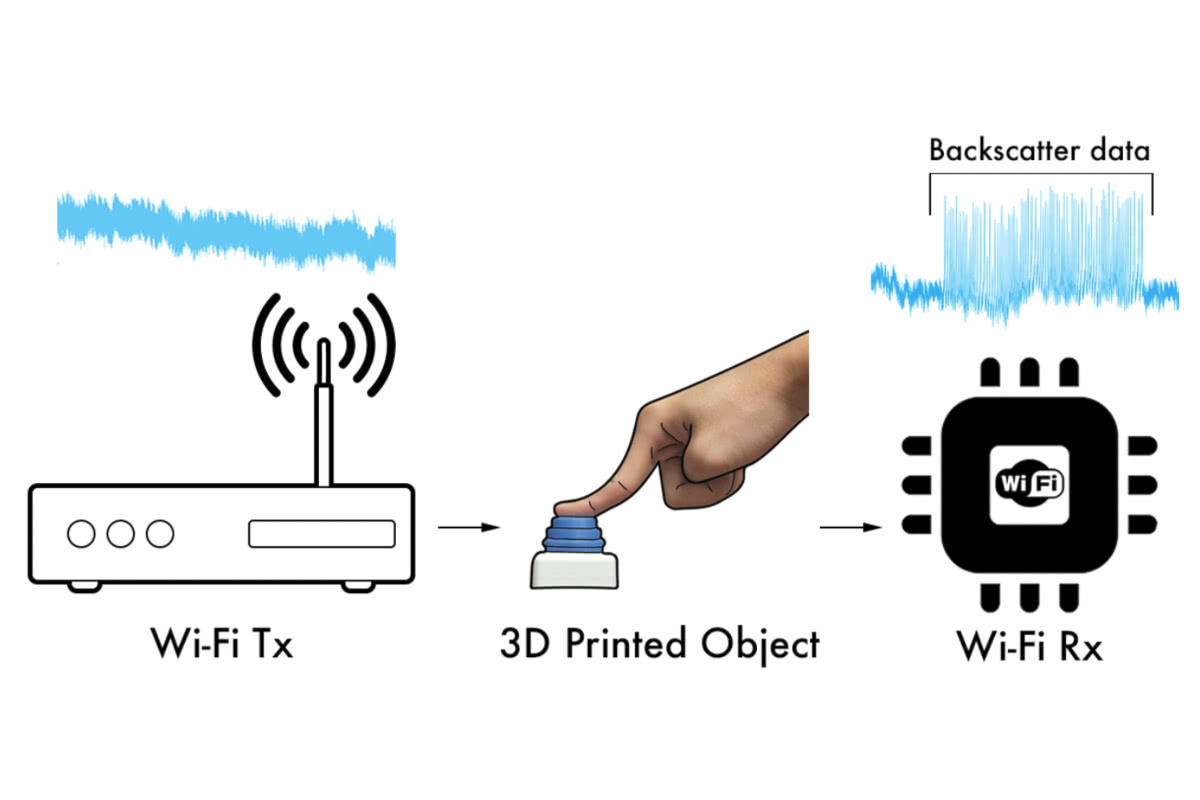 Researchers from the University of Washington have demonstrated wholly passive, electronics-free Internet of Things [IoT] sensors, produced on commodity 3D printers, which are nevertheless capable of transmitting data to nearby Wi-Fi receivers.

Based on similar backscatter principles as radio frequency identification (RFID) tags, Vikram Iyer and Justin Chan’s work takes the technology a stage further by not only doing away with a connected power source but with the electronics altogether. Based on commodity 3D printing using plastic filament doped with conductive materials, from copper to graphene, the pair’s sensors are capable of transmitting useful data – from wind speed and flow rates to weight, the press of a button, or the movement of a knob or slider control – despite containing nothing in the way of electronics.

In addition to creating completely-passive yet functional wireless sensors, the student researchers have also used the same techniques to implement magnetic data encoding into 3D-printed objects – from creator information to unique serial numbers – which can be read back using the magnetometer built into most modern smartphones.