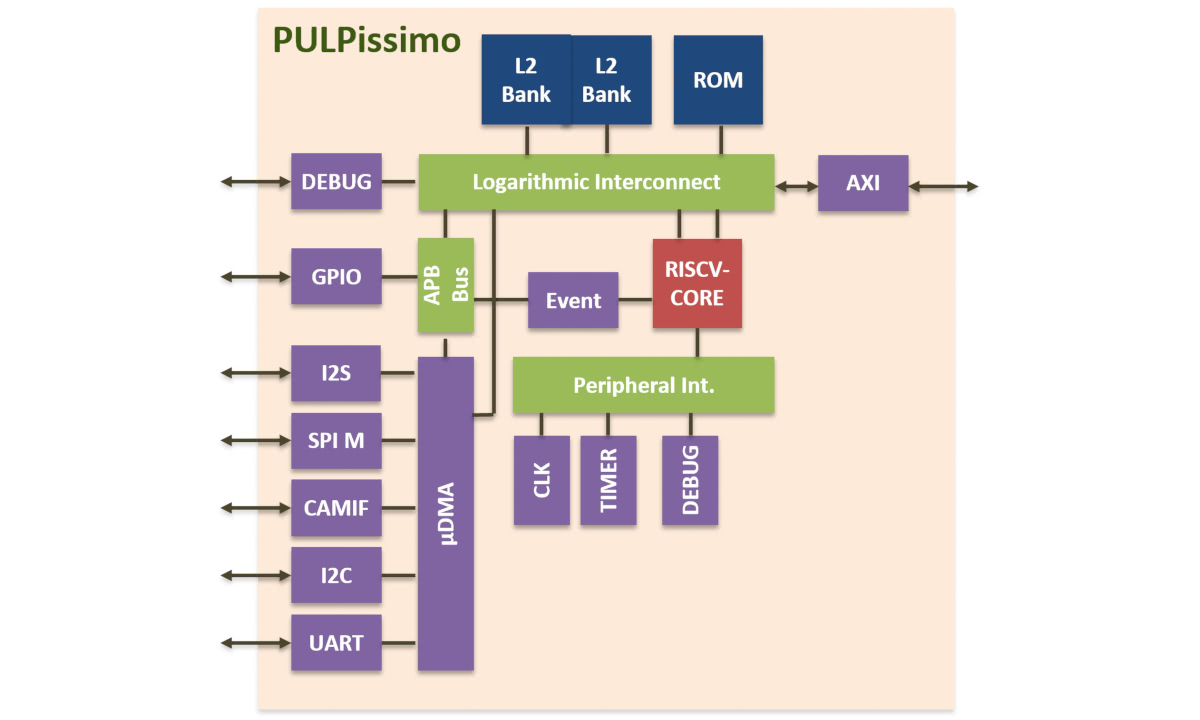 The PULP (Parallel Ultra Low Power) Platform, a joint project between ETH Zurich and University of Bologna, has announced the release of the PULPissimo RISC-V microcontroller core, designed to take over from the more basic PULPino – and is also teasing a 64-bit multi-core Linux-ready RISC-V core dubbed Ariane.

“Today we are happy to announce PULPissimo, a new single-core RISC-V based open-source microcontroller system which is a significant step ahead in terms of efficiency and completeness with respect to the more basic PULPino, offering a number of new features,” explains Davide Rosse in the announcement. These improvements include an autonomous input/output subsystem dubbed micro direct memory access (uDMA) for improved energy efficiency, a new memory subsystem with improved performance and power management, support for hardware processing engine (HWPE) accelerators with direct memory access, a new interrupt controller, additional peripherals, and a new software development kit.

“PULPissimo, like its smaller brother PULPino, is a single-core platform and supports all our 32-bit RISC-V cores: RI5CY, as well as Zero- and Micro-RI5CY,” Davide continues. “and we are not done yet! Next week we plan to release our brand new 64b Linux-ready RISC-V core: Ariane. In the following weeks, we will go seriously multicore. For all multicore enthusiasts out there, members of the PULP team will be giving the first public tutorial of multicore PULP at HPCA2018, in Vienna, on the 25th of February.”

More information on the PULPissimo is available on the project’s GitHub repository, under the permissive SolderPad Hardware Licence v0.51.