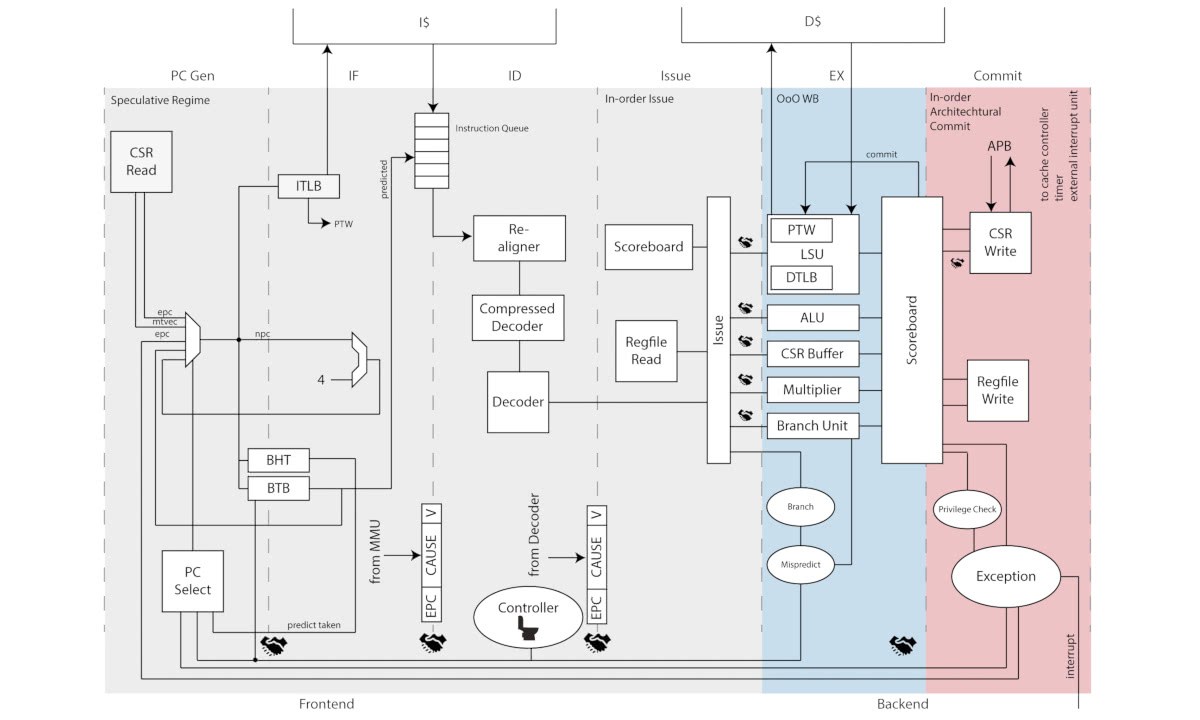 A joint effort between ETH Zurich and the University of Bologna, Ariane marks the pair’s first high-performance application-class RISC-V core intellectual property (IP) with mainstream Linux kernel compatibility. Based on the open 64-bit RISC-V instruction set architecture (ISA) with the base integer instruction set, multiplication and division, and compressed instruction extensions – RV64-IMC – the core is written in System Verilog and is available to download in its initial release form immediately.

Although the design is usable as-is, the PULP team has confirmed it has further enhancements planned. “While developing Ariane it has become evident that, in order to support Linux, the atomic extension is going to be mandatory. While the core is currently booting Linux by emulating Atomics in BBL (in a single core environment this is trivially met by disabling interrupts) this is not the behaviour which is intended,” the team’s documentation explains. “For that reason we are going to fully support all atomic extensions in the very near future. Furthermore, we have major IPC [Instructions Per Cycle] improvements planned. Specifically this will resolve about the way branches and jumps are currently handled in the core.

The full Ariane IP is available now from the group’s GitHub repository, alongside its recently-released PULPissimo RISC-V microcontroller IP.