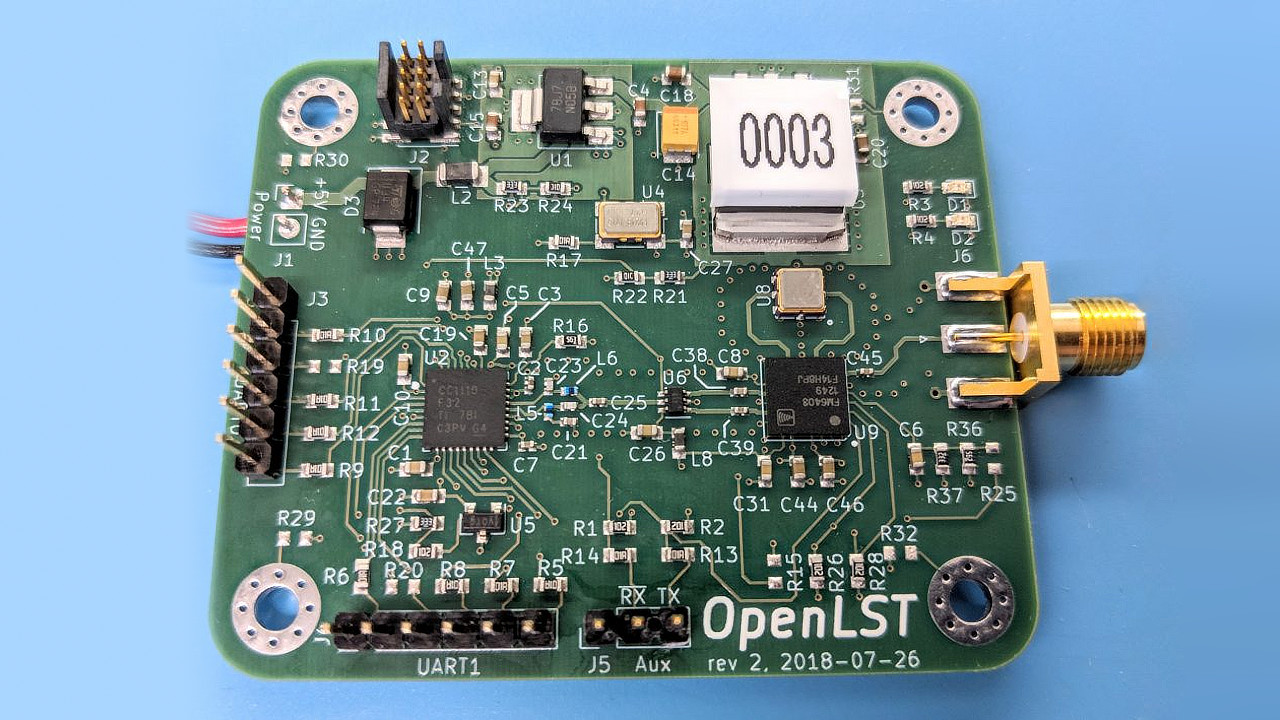 “Radio system design is often viewed as a ‘black box’ that is out of reach to all but the most experienced of engineers. This leads many educational groups to commercial radio solutions, which are often very expensive, difficult to integrate, and can unintentionally drive other elements of design,” explains Planet’s Bryan Klofas of the project’s inspiration. “A poorly understood radio subsystem can be fatal to any project. For example, communications subsystems contribute to at least 29 percent of CubeSat failures in the first 90 days on-orbit.

“OpenLST is designed with an existing and proven radio using inexpensive and widely available commercial, off-the-shelf parts. Planet releases it today with the goal of lowering the barriers to entry for engineers and engineering projects of all kinds. The OpenLST transceiver is approximately six by five centimeters with a mass of 20 grams. This radio operates on the UHF band and provides 3.5 kilobit per second user data rates. The design also provides time-of-flight ranging that can be used to estimate link distance.”

The design files for OpenLST, which measures 6x5cm and weighs 20g, are available under the Creative Commons Attribution Share-Alike 4.0 (CC-BY-SA 4.0) licence, which allows for reuse with or without modification including for commercial purposes so long as the original creator is credited and the resulting files released under the same licence.

All files are available through Planet’s self-hosted Git repositories, detailed at the end of the announcement post.