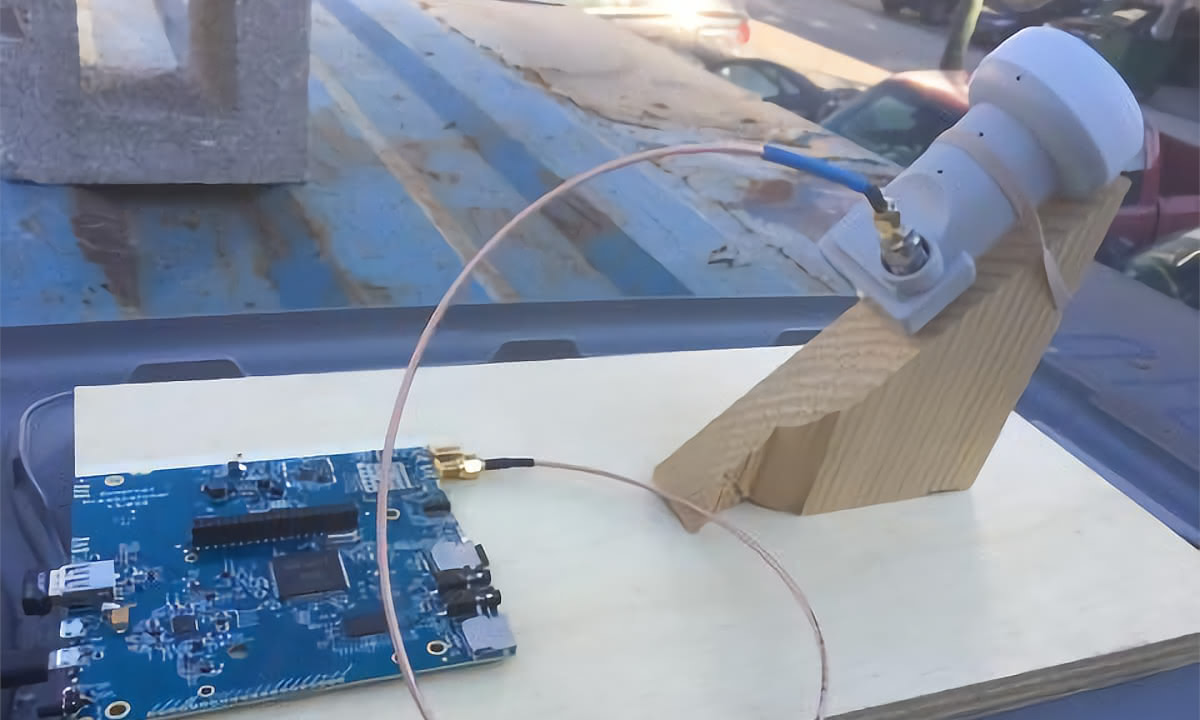 Outernet, a project to provide multimedia data bursts via satellite to otherwise disconnected populations, has announced what it believes to be a world record for LoRa communication distances: a 71,572 kilometres round-trip.

Designed to provide multimedia content delivery where no traditional infrastructure is available – from less-developed countries through to disaster areas – Outernet’s latest incarnation uses the LoRa long-range radio modulation standard to vastly reduce the complexity of the hardware required at the ground station, with the group’s latest experiment working on a bare off-the-shelf low-noise block downconverter (LNB) without any attached satellite dish.

Compared to previous Outernet implementations – the first using the DVB-S standard to achieve 100kb/s data rate and requiring an expensive 60cm satellite dish which proved extremely difficult for users to align, and a simpler follow-up which was more portable and easier to use but cost significantly more for spectrum leasing and achieved just 2kb/s – the experimental LoRa version achieves 30kb/s with a view to increasing to 100kb/s in the near future, at a considerably lower operational cost.

Outernet’s use of LoRa for low-cost long-range satellite communications echoes Lacuna Space, which recently demonstrated its plan to use a constellation of low-earth orbit (LEO) satellites to expand the LoRaWAN network globally.