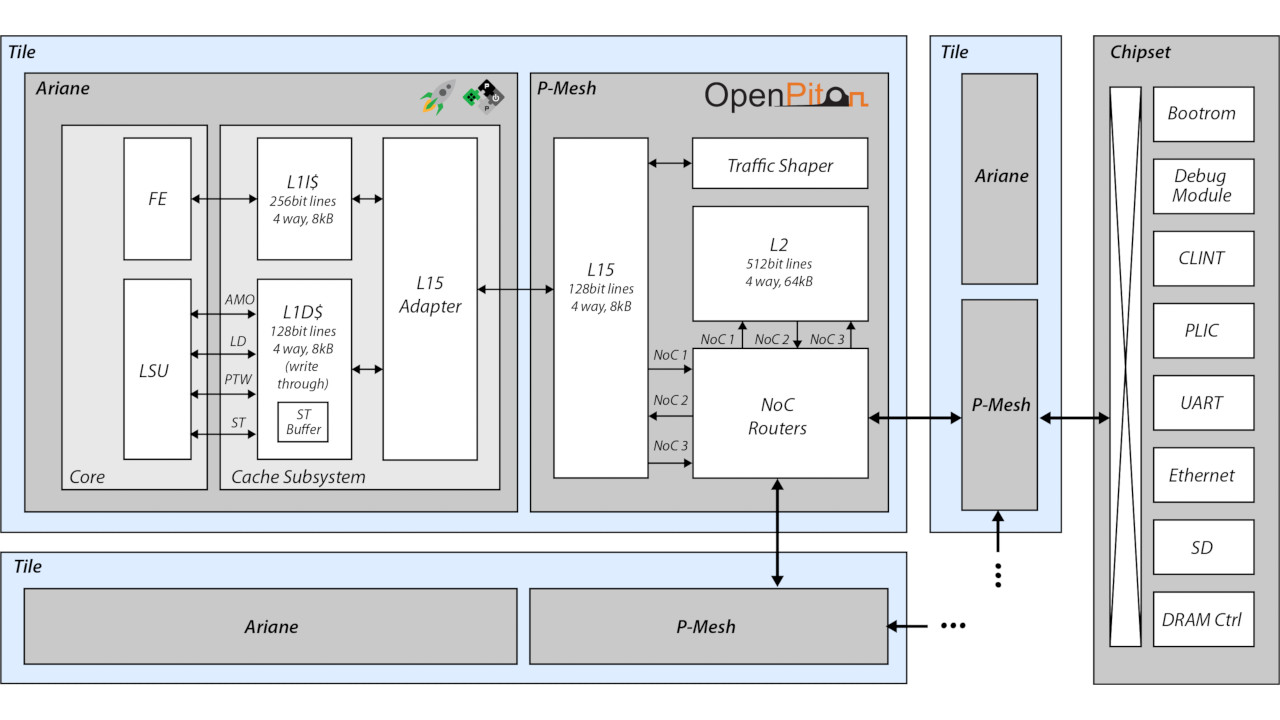 A partnership between the PULP Platform and the OpenPiton project released back in December last year, OpenPiton+Ariane combines the OpenSPARC and RISC-V cores to build what its creators call “the ideal permissive open-source RISC-V system that scales from single-core to many-core.”

Now, OpenPiton+Ariane is available on Amazon’s Elastic Compute Cloud (EC2) for the first time – allowing developers and tinkerers to get started without the need for dedicated hardware.

“OpenPiton release 13 (19-10-23-r13) is now available. The headline feature of this release is support for running OpenPiton+Ariane in the cloud via Amazon EC2 F1,” OpenPiton’s Jonathan Balkind announced late yesterday. “We now provide a step-by-step guide in the README of OpenPiton on GitHub which explains how to emulate OpenPiton+Ariane on Amazon EC2 F1 cloud FPGAs. You can make use of our existing release image to test software and firmware, or synthesise your own OpenPiton-based hardware design by following our instructions.”

The latest OpenPiton Release, 13, is available on the project’s official website; instructions for getting started on Amazon EC2 can be found on the OpenPiton GitHub repository.