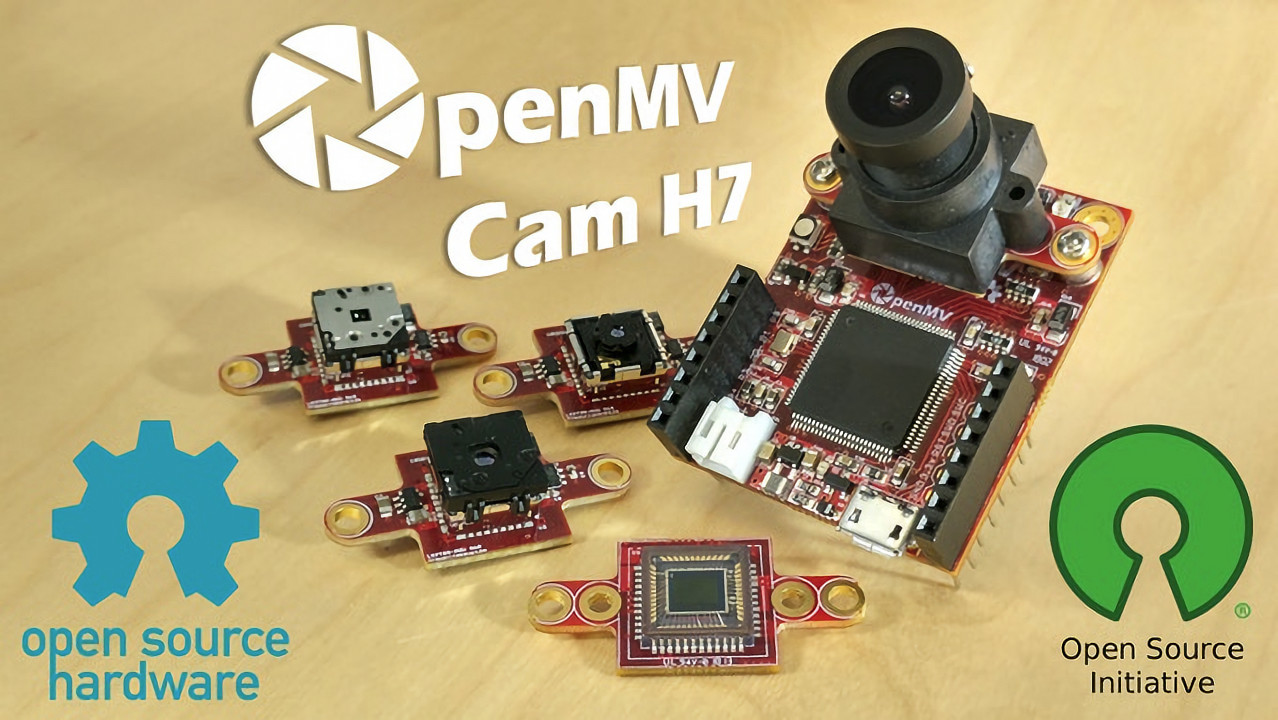 OpenMV, an open-source machine vision start-up founded by Kwabena W. Agyeman and Ibrahim Abdalkader, has launched a crowdfunding campaign for its latest creation: an open camera module based on the popular MicroPython environment.

“The OpenMV project is about creating low-cost, extensible, Python powered, machine vision modules and aims at becoming the ‘Arduino of Machine Vision,'” the pair explain of the company’s founding precepts. “Our goal is to bring machine vision algorithms closer to makers and hobbyists. We’ve done the difficult and time-consuming algorithm work for you leaving more time for your creativity!

“The OpenMV Cam is like a super powerful Arduino with a camera on board that you program in Python. We make it easy to run machine visions algorithms on what the OpenMV Cam sees so you can track colours, detect faces, and more in seconds and then control I/O pins in the real-world. The OpenMV Cam H7 is the next generation OpenMV Cam model following the successful OpenMV Cam M7 which has sold more than 10K units to date.”

As well as visible-light vision, the OpenMV Cam H7 includes support for FLIR’s Lepton family of thermal imaging modules, support for global rather than rolling shutter captures, and the ability to run simple convolutional neural networks (CNNs) directly on the Arm Cortex-M7-based device or to farm off heavier processing to an external system such as a Raspberry Pi.

The campaign is live now on Kickstarter with a $50,000 goal; the basic OpenMV Cam H7 with pre-focused OV7725 camera module starts at $49 (around £37 excluding taxes). More information is available on the campaign page.