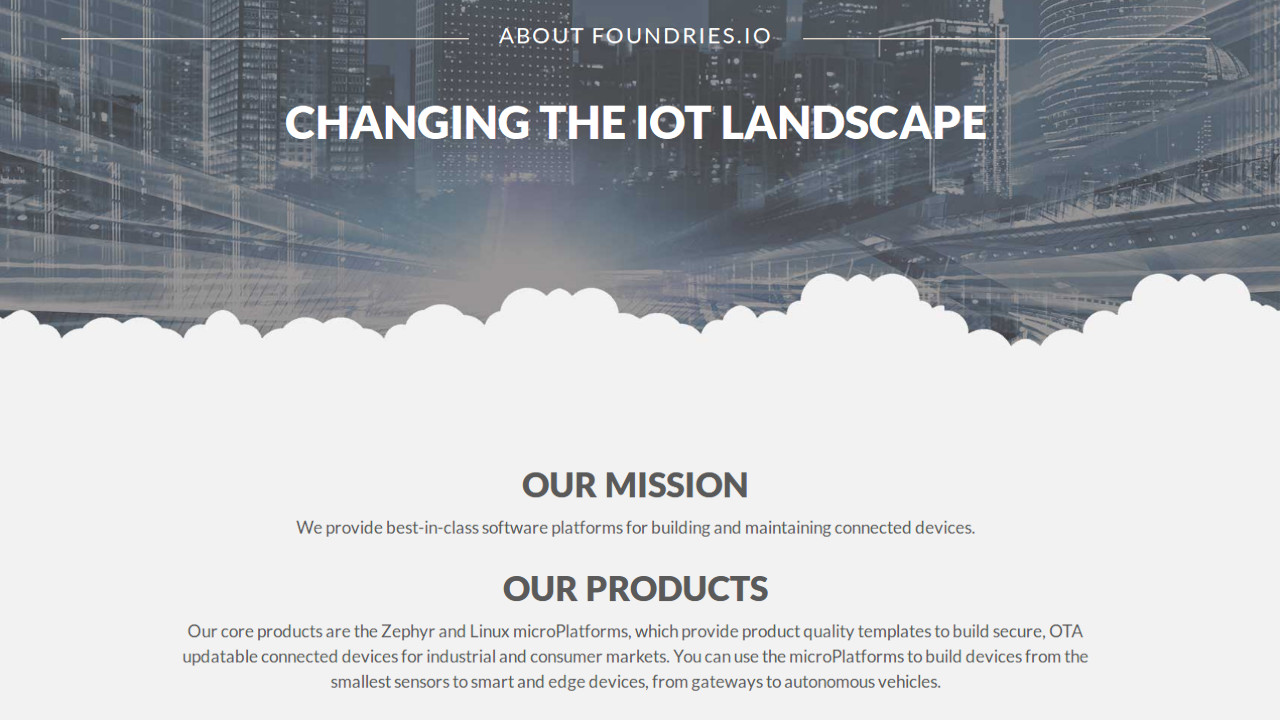 Cambridge-based Foundries.io has announced £2.7 million in funding, with which it plans to accelerate its roll-out of Internet of Things (IoT) maintenance and update platform FoundriesFactory.

Founded in 2017, Foundries.io launched after a stealth period of just under two years with the announcement of Linux and Zephyr real-time operating system (RTOS) ‘microPlatform’ distributions offering continuous updates for the embedded, IoT, edge, and automotive industries. “Foundries.io has been the leader in making Zephyr available as a continuously updated microPlatform distribution,” said Kate Stewart, Senior Director of Strategic Programs at the Linux Foundation, at the time.

Now, Foundries.io has closed a £2.7 million round of funding, with plans to use the money to accelerate the roll-out of its FoundriesFactory commercial maintenance offering.

“Building today’s IoT & Edge devices requires more than just an OS – Foundries.io delivers a flexible software solution for development, testing, deployment and maintenance of IoT devices,” claims Foundries.io chief executive George Grey. “Our commercial FoundriesFactory solution enables customers to customise and future proof their products using an innovative subscription-based lifetime model. There is no lock in, no access to our customers’ data, and no per unit costs. With Crane Venture Partners and Backed VC we have investors who share our vision on the impact we can deliver with a unifying software platform for the IoT market.”

“Our goal at Crane is to invest in companies that are going to revolutionise large addressable markets,” adds Krishna Visvanathan, founder of round lead Crane Venture Partners. “Foundries.io offers a disruptive approach to solving the key issues affecting the IoT space, including security and implementation. They have already delivered value and validated their approach with their initial customers and are seeing their open source approach as key to adoption for this market.”

More information on Foundries.io is available from the official website.