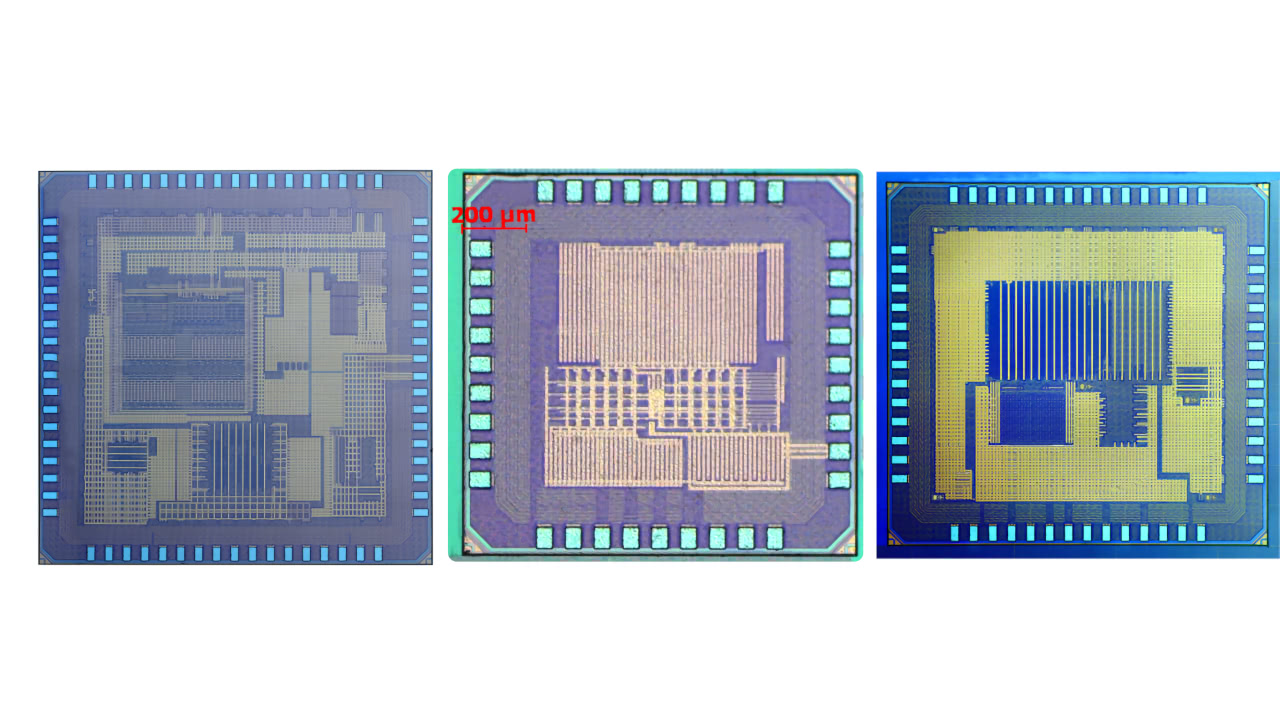 Colombia-based OnChip has unveiled an open-source platform which aims to do for custom semiconductor creation what services like OSH Park have done for circuit boards: Itsy-Chipsy.

“Chip prototyping used to be prohibitive for small start-ups and academy until services like MOSIS brought down prices to few thousands dollars per mm² in technology nodes capable to run circuitry at moderated performance,” OnChip explains of the current state of the semiconductor art. “MOSIS runs a multi-project wafer service that aggregates multiple designs onto one mask set to reduce prototyping costs. This aggregation restricts minimum sizing to few millimetres bringing down prices from hundred thousand to few thousand dollars.

“However, as an example, five thousand dollars budget for a college in a developing country might be a big number. It is definitely a huge number for a tinkerer or an engineer student ambitious enough to leap from the discrete world to the integrated planet. A service capable to deliver a chip for hundred dollars would break a paradigm and place a bridge to a community always hungry of new chips.”

Enter Itsy-Chipsy, a chip platform with regulators, voltage references, current sources, SPI, JTAG, clock generators, temperature and process monitors, a pad library – all the core utility functions of a modern semiconductor. “These utility blocks are placed on the chip to service blocks designed by users of the service,” OnChip explains. “With this chip platform, we paved the way to a multi-block service – like OSH Park – capable to offer silicon area for your own chip, for as low as hundred dollars.”

The second generation of the platform is in progress now, OnChip reports, with demonstrable prototypes expected by September this year and a target cost of around $350 per 350µm² block implemented in 180nm CMOS nodes and the potential to split a block in four to bring the price of a finished relatively simple DIP40 or dual QFN packaged design below the magic $100 mark.

More information is available on the project’s Hackaday page.