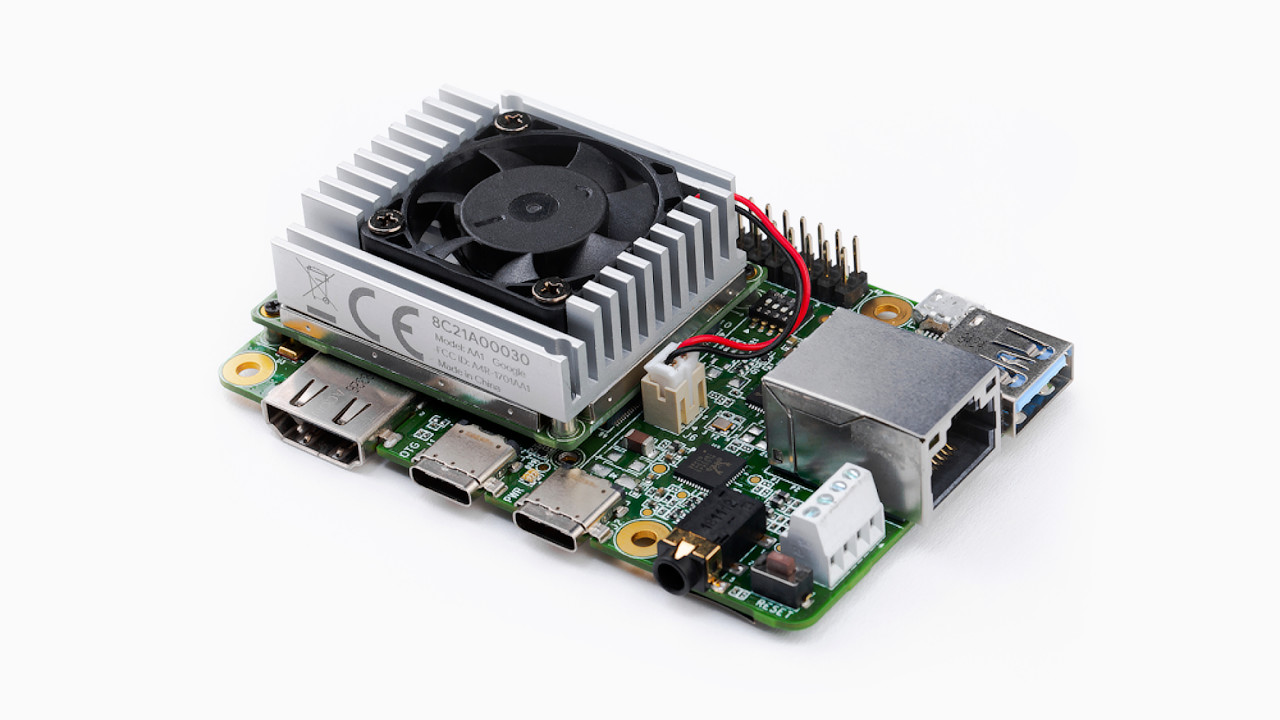 Google has announced it is bringing its Tensor Processing Unit (TPU) technology to external developers for the first time, launching a suite of development boards and accelerators for edge-processing under the Coral brand.

Google first announced the Tensor Processing Unit, an in-house custom silicon project to accelerate deep-learning compute performance in its servers, in May 2016; in July 2018 it announced the Edge TPU, a variant which drew considerably less power and was aimed at bringing AI acceleration to edge devices. At the time, the Edge TPU development board – a system-on-module (SOM) whose carrier board looks not unlike a Raspberry Pi in layout – was available only to those invited into the company’s alpha-testing programme, but now it has made them available to all under the new sub-brand Coral.

The Coral Edge TPU development board is exactly as previously unveiled: a SOM, also available without carrier board for embedding into finished products, featuring an NXP i.MX 8M quad-core Arm Cortex-A53 processor and Edge TPU co-processor alongside 1GB of LPDDR4 memory and 8GB of eMMC storage expandable via microSD. For those not looking to work on an entirely new hardware platform, it is joined by a new Coral Edge TPU Accelerator which connects to any Linux-based system – including, Google points out, the Raspberry Pi, albeit at reduced USB 2.0 speed – and provides the same co-processor technology.

Google has partnered with Mouser to supply the parts internationally, with the USB Accelerator priced at £73.19 and the development board at £151.75 (both prices inc. VAT). Full details are available on the official website.