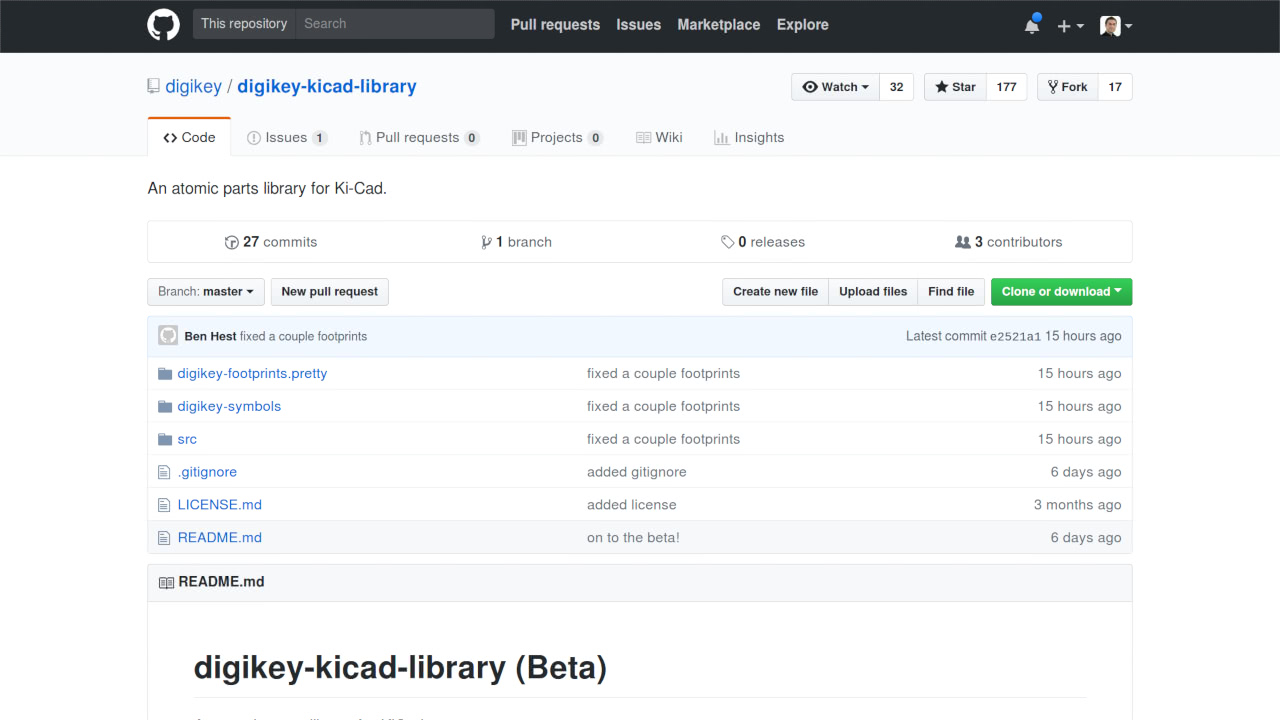 Parts supplier Digi-Key has announced its support for the open-source KiCad printed circuit board (PCB) and schematic design tool with the release of 1,000 common parts in a permissively-licensed library.

“With more restrictive licensing or licenses that don’t align with some of our customers’ needs, some users are looking to find a replacement EDA tool and are flocking to KiCad which is the most popular, open source option available,” explains Randall Restle, vice president of applications engineering at Digi-Key, of his company’s efforts. “Now, electrical engineers and students have a choice they can stick with forever without fear of restrictive licenses.”

The parts have been specially chosen as the most likely to be used yet not yet available within KiCad’s main library, and feature in a library with schematic symbols and PCB footprints along with additional fields which include part numbers and links to data sheets. The library is being released under the Creative Commons Attribution Share-Alike 4.0 (CC-BY-SA), with a waiver for Article 3 which means that circuit designs and generated files using the library do not have to be licensed CC-BY-SA themselves.

The library, described by Digi-Key as being in beta status, is available now from the company’s GitHub repository.