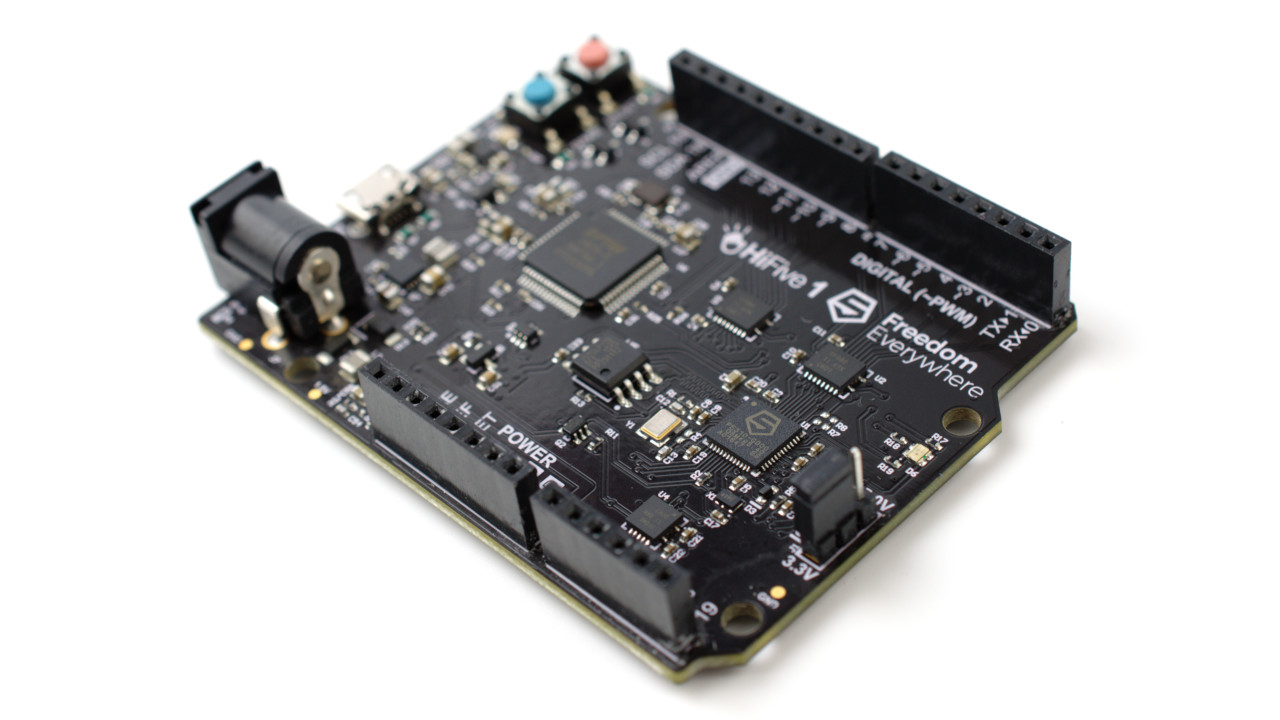 AB Open is pleased to announce a call for participation (CFP) in Wuthering Bytes, the annual community technology festival it produces, seeking those interested in hosting a talk, workshop, roundtable, or other event between Friday the 30th of August and Sunday the 8th of September.

Wuthering Bytes — produced by AB Open as part of its contribution to the community — has grown considerably from the first event, held at Hebden Bridge Town Hall, in 2013: Wuthering Bytes 2017 saw attendees gather from across the world for ten days of events covering topics from open source hardware and software, field-programmable gate array (FPGA) programming, open-source digital design, artificial intelligence in embedded systems, and even a live recording of the Tech for Good podcast.

2019 looks to be no smaller, boasting another ten-day run — and organisers Andrew Back and Tim Harbour are seeking participants to run workshops, talks, or even entire event days as part of the schedule.

“We are now full steam ahead with planning for Wuthering Bytes 2019, which will run from Friday 30th August until Sunday 8th September,” Andrew and Tim write in the announcement. “We are thrilled to confirm that Laura James will be returning once again as compere for Festival Day, we already have some amazing talks lined up and, of course, there will be the Wuthering Bytes social that evening.

“We will very soon confirm the first participating events and if you or a group you are involved with would like to host a day or even just a morning or afternoon of talks, workshops, or perhaps a roundtable discussion, please do get in touch.”

Storage giant Western Digital has officially released the source code for its SweRV RISC-V core, under the permissive Apache 2.0 Licence, allowing anyone to run, experiment with, or modify its implementation.

Announced back in December, SweRV is a RISC-V core implementation developed in-house as part of Western Digital’s aim to transition its storage processing products away from proprietary cores and onto the free and open instruction set architecture (ISA). “Our SweRV Core and the new cache coherency fabric initiative demonstrate the significant possibilities that can be realised by bringing data closer to processing power,” claimed WD chief technology officer Martin Fink at the time. “These planned contributions to the open-source community and continued commitment of the RISC-V initiative offer exciting potential to accelerate collaborative innovation and data-driven discoveries.”

The announcement came without any source code for the core, though WD did release a simulator called Whisper for those eager to get started with SweRV development. Now, the company has made good on its promise with the release of full SweRV source code.

Uploaded to the company’s official GitHub repository late last week, the release includes register transfer level (RTL) code in Verilog format for the core, along with a quickstart guide for configuring and building a model in Verilator, Synopsys, and Cadence targets. All are covered under the Apache Licence 2.0, a permissive licence supporting distribution with or without modification for personal or commercial use, while also including an express grant of patent rights where applicable.

The code can be downloaded now from Western Digital’s GitHub repository.

An initial implementation of an open supervisor binary interface (SBI) for RISC-V, imaginatively dubbed OpenSBI v0.1, has been released with support for the HiFive Unleashed, Kendryte K210-based development boards, and QEMU virtual machines.

“OpenSBI is an open source implementation of the RISC-V Supervisor Binary Interface (SBI). SBI serves a critical purpose, enabling an operating system to interact with the supervisor execution environment (SEE),” explains the RISC-V Foundation of the release’s importance. “The RISC-V ISA has defined SBI to provide a cleaner interface for the supervisor OS, streamlining the process of virtualizing and bringing up new hardware platforms. Furthermore, there’s no longer a need for the Berkeley bootloader (BBL), making it much easier to use upstream OS kernels and device data.

“The RISC-V SBI specifications, maintained as an independent project by the RISC-V Foundation at GitHub, define the legacy SBI interface currently in use by various products as well as by RISC-V QEMU virtual machines. OpenSBI also implements SBI compliant early boot firmwares capable of handling various boot flows and payloads on various environments. OpenSBI firmwares have been tested with payloads such as U-Boot and Linux kernel, showing that these open firmwares can fully replace the legacy non-standard BBL intermediate boot loader.”

OpenSBI v0.1 is compatible with SiFive’s HiFive Unleashed development boards, boards based on the Kendryte K210 system-on-chip (SoC), and the ‘virt’ and ‘sifive_i’ RISC-V virtual machines running on the QEMU emulator. The Foundation has also confirmed that OpenSBI will be updated as the SBI specification evolves.

OpenSBI, which was originally developed by Western Digital, is available now from GitHub under the permissive two-clause BSD Licence.

The free and open-source silicon (FOSSi) ecosystem continues to grow, and nowhere will that growth be more obvious than at the Embedded World 2019 conference this year where 17 companies will be exhibiting RISC-V implementations and supporting technologies alone.

Due to take place at the NürnbergMesse, Germany, from Tuesday the 26th of February to Thursday the 28th of February, Embedded World 2019 is to play host to a booth from the RISC-V Foundation which will include pods from members Andes Technology, CloudBEAR, GreenWaves, IMperas, SiFive, Syntacore, and UltraSOC. Given that a few short years ago RISC-V, and FOSSi in general, was largely confined to the lab, that’s impressive enough – but other RISC-V members AdaCore, Antmicro, Ashling Microsystems, Cortus, IAR Systems, Microchip Technology, Silicon Labs, Sysgo, Trinamic Motion Control, and Western Digital have their own booth as well, for a total of 17 companies exhibiting RISC-V products and services.

As a further indicator of interest in RISC-V, the schedule is packed with speaking sessions ranging from NXP Semiconductors’ Robert Sohana on a practical industry approach to getting started with RISC-V and Trinamic’s Onno Martens on his company’s hands-on experience with embedded a RISC-V core into a new system-on-chip (SoC) design to talks on RISC-V’s impact on security models and heterogeneous designs alongside proprietary Arm cores. A particular highlight will be a talk from Western Digital’s Dr. Zvonimir Bandic on the company’s recently-released SweRV Core RISC-V design.

If that weren’t enough, the schedule includes two workshops on building a RISC-V embedded system in just 30 minutes, run by Cesare Garlati of the prpl Foundation and Drew Barbier of SiFive, an expert panel on opportunities and risks in open-source processors, and a look at Renode for design-cycle acceleration.

Semtech has announced the release of an open-source packet-forwarder protocol designed for LoRa-connected gateways, and it has partnered with The Things Industries to integrate it into 700 miniature gateways to be distributed at The Things Conference this weekend.

“Semtech’s LoRa Technology is enabling the devices, networks and applications (DNA) of IoT and we expect to continue to revolutionise the industry by developing leading technology that shortens the application and solution development time to market,” claims Marc Pegulu, vice president of Semtech’s Wireless and Sensing Products Group. “The new LoRa-based packet-forwarder protocols will help simplify interoperability of LoRaWAN-based solutions allowing the developer community to create a variety of IoT applications much faster.”

“The full-featured miniature gateway has great potential for bringing LoRa-based solutions to scale,” adds Wienke Giezeman, chief executive and co-founder of The Things Industries, of the device implementing Semtech’s forwarder. “The product lowers the total cost of ownership of LoRaWAN-based solutions, providing a disruptively low price point as it can be installed in only a few minutes by non-technical personnel. Removing the hassle and lowering the investment of the network allows businesses to focus on what really matters, an end-to-end IoT business solution.”

An implementation of a LoRaWAN gateway built around Semtech’s forwarder is available on GitHub under the Revised 3-Clause BSD Licence, while the hardware implementations are to be distributed to attendees at The Things Conference in Amsterdam from the 31st of January to the 1st of February.

Finally, the Bluetooth Special Interest Group (SIG) has announced the release of Bluetooth 5.1, which brings with it a new direction-finding feature capable of detecting how far away and in what direction devices are to centimetre-level accuracy.

“Location services is one of the fastest growing solution areas for Bluetooth technology, and is forecasted to reach over 400 million products per year by 2022,” claims Mark Powell, Bluetooth SIG executive director, of his group’s decision to integrate the functionality into the latest version of the Bluetooth standard. “This is great traction and the Bluetooth community continues to seek ways to further grow this market with technology enhancements that better address market needs, demonstrating the community’s commitment to driving innovation and enriching the technology experience of users worldwide.”

“Since the introduction of Bluetooth Low Energy in 2010, developers have been able to leverage Bluetooth to create powerful, low cost location services solutions for a variety of applications spanning across consumer, retail, healthcare, public venues, and manufacturing environments,” adds Andrew Zignani, senior analyst at ABI Research. “The new direction finding feature can help Bluetooth better address the varied and evolving needs of the location industry, enabling more flexible, scalable and futureproof deployments that will further accelerate the adoption of Bluetooth for location services in existing markets, while unlocking additional business opportunities for new applications and use cases.”

While the Bluetooth 5.1 standard has only been publicly released this week, companies are already implementing the direction-finding capabilities into their platforms – including Silicon Labs, which says the feature is accurate to five degrees for both angle-of-arrival and angle-of-departure (AoA and AoD).