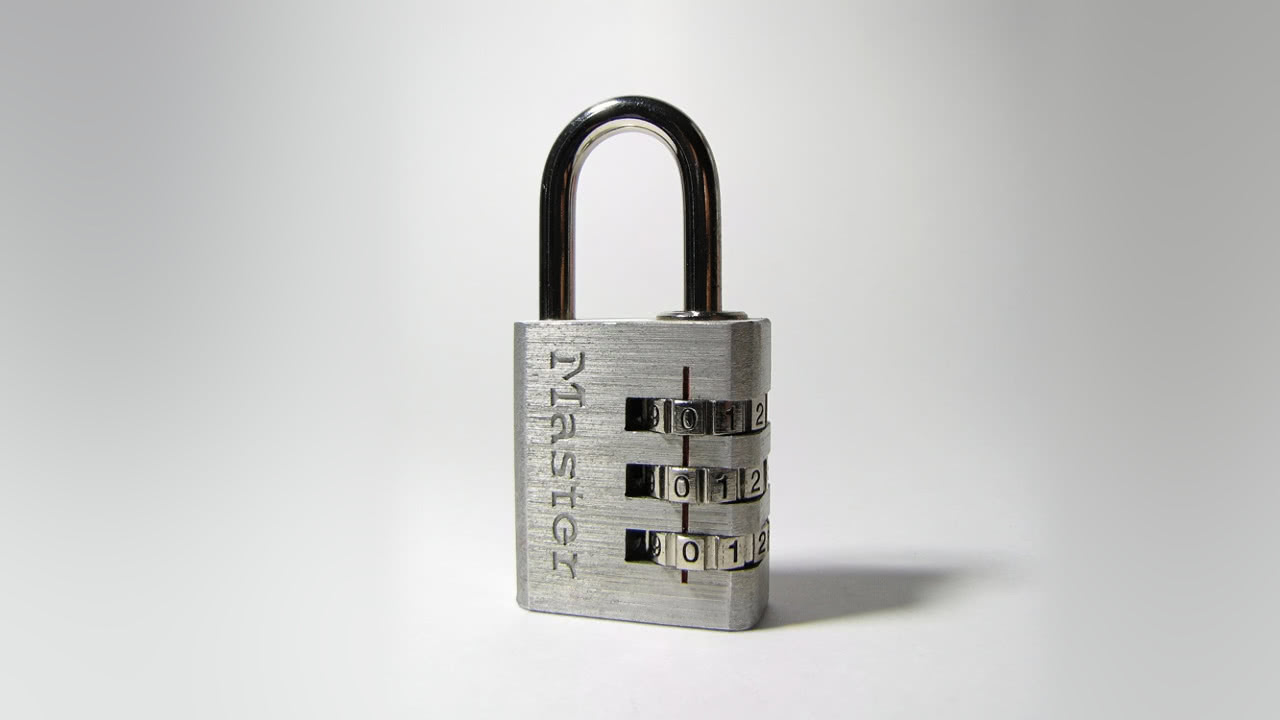 Based on the work of the Parallel Ultra Low Power (PULP) project, GAP8 was first shown off as a field-programmable gate array (FPGA) core back in March 2017. Now, it’s physical silicon boasting an eight-core computational cluster and on-board convolutional neural network (CNN) accelerator capable, its creators claim of such feats as always-on face detection while drawing mere milliwatts of power, presence detection, and support for four-microphone voice capture and 10-word speaker-independent keyword spotting.

“GAP8 differs radically from the flurry of other AI focused processors, which target either far more complex applications that can’t be battery powered or much narrower application spaces. Instead, GAP8 is precisely positioned at the crossroads of the AI, IoT, and MCU [microcontroller unit] worlds. The autonomous operation enabled by GAP8 dramatically reduces the deployment and operating costs of image, sound, and vibration sensing devices, enabling an unprecedented scale of adoption,” says Loïc Liétar, co-founder and chief executive of GreenWaves Technologies. “Furthermore, building on the RISC-V and PULP open source projects has allowed us to bring to market radical innovation with an outstanding capital efficiency at a speed that allows us to promptly serve customer demand.”

Information on the GAPUINO GAP8 developer kit, which is available for pre-order now, can be found on the official website.

On the back of that launch, the benefit of an open instruction set architecture (ISA) like RISC-V have been laid bare in a piece by Stacey Higginbotham which puts the real-world cost of launching your own RISC-V semiconductor company below the cost of simply licensing proprietary intellectual property (IP) from a company like Arm.

Stacey has highlighted a particular aspect of the GreenWaves story that really showcases the potential that RISC-V and other open ISAs have: the lowest barrier to entry in history. “Intel keeps its x86 instruction set to itself (and AMD), while the instruction sets of ARM and MIPS are licensed out for millions of dollars,” Stacey explains. “GreenWaves’ [chief executive Loic] Lietar says the cost of building a new chip using Arm’s instruction set would start with a $15 million license and escalate from there. But with RISC-V his engineers could simply download the code and get going.”

GreenWaves, meanwhile, has raised just $3.8 million in funding so far – roughly a quarter of what Loic claims Arm would charge purely for licensing its IP – and yet the company has already begun manufacturing of its parts with pre-orders open now for GAP8-based development kits, something that would have been impossible if it were licensing proprietary processor IP.

“I’m excited by GreenWaves’ chips, but I’m even more excited that in an era when we are going to need different types of processors designed for low-power, edge computing jobs, there’s potentially a way to innovate in silicon at a lower cost,” Stacey concludes. “Because in my opinion, silicon is where your innovation starts. The capability has to be there in hardware before you can do new things with software.”

The Department for Digital, Culture, Media & Sport of the UK Government has published a policy paper on the development and sale of Internet of Things (IoT) devices from a security perspective, dubbed “Secure by Design.”

“We want everyone to benefit from the huge potential of internet-connected devices and it is important they are safe and have a positive impact on people’s lives,” says Minister for Digital and the Creative Industries Margot James of the report. “We have worked alongside industry to develop a tough new set of rules so strong security measures are built into everyday technology from the moment it is developed. This will help ensure that we have the right rules and frameworks in place to protect individuals and that the UK continues to be a world-leading, innovation-friendly digital economy.”

The paper’s recommendations include, but are not limited to, the requirements that: all passwords on new devices and products are unique and not resettable to a factory default, such as “admin”; companies have a vulnerability policy and public point of contact so security researchers and others can report issues immediately and they are quickly acted upon; sensitive data which is transmitted over applications or products is encrypted; software is automatically updated and there is clear guidance on updates to customers; it is easy for consumers to delete personal data on devices and products; and that installation and maintenance of devices is easy. A product labelling scheme is also proposed, which would highlight the security features of a given device or service at the point of sale.

The full 37-page report is available on the government’s official website.

Andrew “Bunnie” Huang, meanwhile, points to the slowing of Moore’s law, virtuous feedback cycle and ecosystem benefits as motivations for making consumer products with designs that anyone can study and modify.

In a Business Impact interview for MIT Technology Review Andrew makes the case for hackable consumer products, noting how “The slowing of Moore’s Law means that we’re going to start encountering more infrastructure that doesn’t change.”

Huang goes on to say how “In the 1990s, it would have been crazy to keep a laptop for five years, but now I have five-year-old laptops that work just fine. [That gives you] time for an open-source community to grow because you’re not constantly chasing a moving target, and it doesn’t hurt your company as much if, within a few months of putting your stuff out there, someone starts cloning it. It’s like, “Okay, well, we’re going to be producing this for years and years anyway.” And being able to have these cloners give me ideas back, which I can then use to improve my product, is worth a lot more than me trying to sue these guys out of existence.”

Electronics consultant John Dunn has published a piece on accidental slot antennas in printed circuit boards on the EDN Network, showcasing how the same mitigation techniques used in the microwave industry can apply to high-frequency circuit designs.

“Way back when, I described how a blundering engineering manager managed to sabotage a project by ordering that a microwave assembly housing be constructed with only four screws to hold an aluminium case together with one screw in each corner instead of with a multiplicity of screws along each edge,’ John explains. “The resulting slot antennas that were created along each seam between the box and its cover plate radiated like gang busters and the innards of that box could not function.”

John then goes on to highlight a multi-layer circuit board design operating at a near-1GHz frequency which had the same problem: unintentional radiated electromagnetic interference, the result of the various layers forming ‘slot antennas.’ The solution, despite the radically different technologies involved, is the same: “a multitude of vias connecting the upper and lower ground planes to reduce slot antenna effects,” effectively taking on the same role as the screws in the classic microwave assembly.

While ‘drill a load of holes in it’ may seem like a brute-force solution, John’s example shows that it most definitely works – and could prove a handy tool for anyone working on high-frequency designs.

“Intel AI: In Production means we can expect many more innovative AI-centric products coming to market from the diverse and growing segment of technologies utilising Intel technology for low-power inference at the edge,” claims Intel’s Remi El-Ouazzane of the programme, which sees the company partnering with embedded computing specialist AAEON on a mini-PCI Express module dubbed the ‘AI Core’ and powered by the Movidius Myriad 2 VPU found in Intel’s previous Neural Compute Stick USB accelerator.

“Intel Movidius Myriad 2 technology makes AI Core one of the most powerful and versatile AI hardware accelerators for edge computing,” adds AAEON’s Fabrizio Del Maffeo. “AI Core bridges the gap between the lab and volume production, allowing the innovators who adopted the Intel Movidius Neural Compute Stick to roll out a field deployment.”

The Movidius VPU was the subject of a one-day OSHUG and BCS OSSG workshop earlier this month, and has already launched in commercial products including the Ryze Tello micro-drone. More information on Intel’s AI: In Production programme is available on the official website.

Finally, the version 2.0 release of the Solderpad Hardware Licence is out, offering a simplified licence and presented as a wraparound to the Apache 2.0 software license.

The Solderpad Hardware Licence is based upon the popular Apache 2.0 software license, which in contrast to simpler permissive software licences such as BSD and MIT, provides greater clarity by defining terms such as source, object and derivative works, while also including patent provisions.

The Solderpad Hardware Licence extends Apache 2.0 by covering additional forms of IP which are not covered (such as database extraction right), and also adjusts the terminology slightly to make it more understandable in a hardware context. As such it has gone on to prove a popular licence and been adopted by numerous open source hardware projects, such as the free and open source silicon (FOSSi) PULP Platform.

In announcing the new version its author, Andrew Katz of law firm Moorcrofts, stated that “Many people (lawyers included) are familiar with Apache 2.0, and we had comments saying that it would be easier for those people to understand the Solderpad licence if it were presented as a single short document which acted as a wraparound to Apache 2.0, rather than presented as an edited version of it (even if the diffs are visible). This version is drafted with this in mind, and you should find it easier to understand. Like the previous versions, you can ignore the modifiers and treat it as plain Apache 2.0.” Going on to note that “We moved straight from 0.51 to 2.0, because people were using Solderpad 0.51 as de facto Solderpad 1.0, and because it’s a sufficiently large change in format (if not effect) for the step to be justified”.