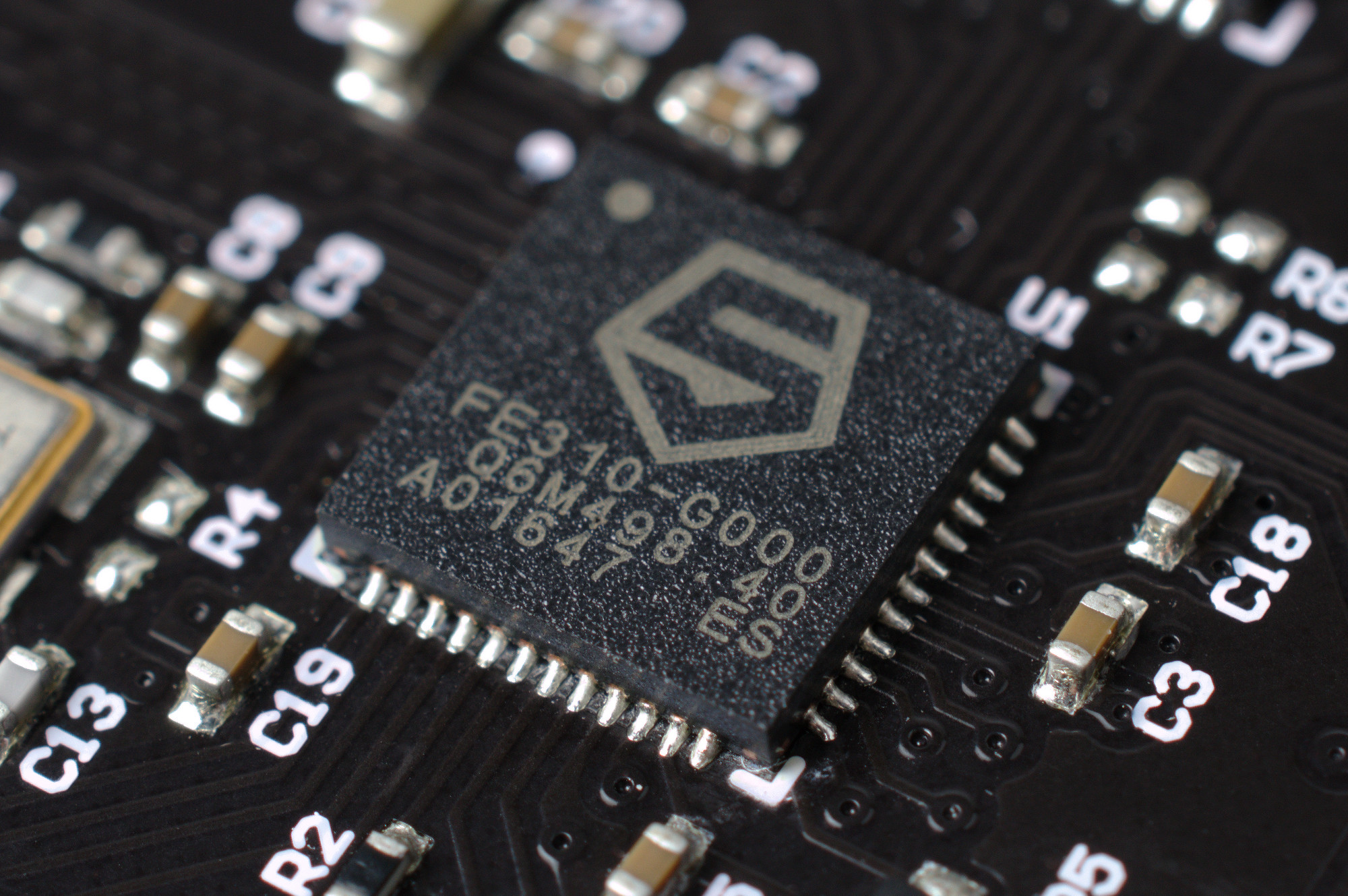 Developer Liviu Ionescu has published the results of RISC-V toolchain testing, comparing the GNU MCU Eclipse toolchain to the GCC-based toolchain from SiFive across four configurations.

“After releasing GNU MCU Eclipse RISC-V Embedded GCC, I tested if the strategy used while building it is effective,” Liviu explains of his experiments, which saw the SiFive example programs compiled with the the SiFive toolchain in its original configuration plus a tweaked configuration and in the GNU MCU Eclipse toolchain with the newlib library optimising for speed then the newlib-nano library optimising for size.

“All in all, the newlib-nano version brings some memory savings, especially for the .text section. For embedded RISC-V applications, the GNU MCU Eclipse recommendation is to use newlib-nano and ‘-Os, -ffunction-sections, -fdata-sections, -Xlinker –gc-sections’.”

For those looking for a primer on RISC-V and a progress report rather than technical details about specific compiler implementations, Mentor’s Ricard Anguiano has posted just such an article on the company’s blog.

“It is not often you get to watch the birth of a new computer architecture ecosystem unfold,” Ricardo explains. “Announced in 2010, RISC-V has recently seen an increase in momentum as measured in the public development activity of software required to make RISC-V useful. This may seem like an odd way to measure momentum (sorry physicists!), but these are necessary steps for wider adoption of the new open instruction set architecture. As these tools mature they will form the basis for enabling more exotic variants and implementations of the RISC-V architecture.”

Ricardo walks through the recent developments in the RISC-V ecosystem, including an explanation of efforts in upstreaming RISC-V ports to binutils, the GNU Compiler Collection (GCC), glibc, LLVM, GDB, QEMU, and the Linux kernel, offering a handy snapshot of the current progress in these areas.

The LimeNET crowd-funding campaign, an effort to produce all-in-one base stations built around the open source LimeSDR project, has successfully passed its $50,000 funding goal on Crowd Supply.

Created by Lime Microsystems as a follow-up to its highly successful campaign to build a software-defined radio, dubbed the LimeSDR, the LimeNET project takes the same technology and builds it into compact but powerful PCs designed to work as an all-in-one software-defined base station for a range of radio projects up to and including 5G cellular telephony.

As part of its latest campaign update, Lime Microsystems has also announced Vodafone as a supporter of the project. Vodafone will, it has been confirmed, be providing support for the LimeNET App Store – a platform based on Canonical’s Ubuntu Snap system through which developers can download self-contained applications that configure the LimeNET for a variety of tasks.

A collaborative effort to design a certification mark for open Internet of Things (IoT) projects has published the first draft of what it is calling the “#iotmark”.

“We think there are a lot of conversations in the industry right now that need to be crystallised into action and minimum standards which every internet of things company can sign up to and share with their customers,” the group behind the project explain on the official website. “Security, data privacy, and minimum service standards all apply in different ways depending on the application space but we think there are overlaps which we’d like to explore.

“This will also mean […] establishing an organisation or certification body responsible for updating the standard, testing and enforcing the use of the mark moving forward. We invited the community to work together collaboratively on framing the mark, its mission and the body which will manage it moving forward.”

The group, supported in its efforts by lawyers Rosie Burbidge and Josey Bright, have set a deadline of the 15th of October to finalise the language supporting the mark and the 16th of December to register it ready for use.

Hobbyist-centric site Hackaday has published a list of resources for PCB panelisation, allowing those sending their designs off for production – or producing them in the workshop – to make the most of otherwise wasted space on boards.

“Anyone who’s made a PCB has encountered the conundrum of having to pay for space that you don’t use… for instance, designing a round PCB and seeing the corners go to waste,” Hackaday’s John Baichtal explains. “The solution? Smaller boards added to the blank spots.”

In support of this, John has brought to our attention a collection of compact PCB designs offering everything from keyrings to logic probe designs which can be dropped in to blank spaces outside your main PCBs as, effectively, ‘free’ hardware from otherwise wasted portions of the board.

While of little use for production-ready designs, which should have already been optimised for panelisation to maximise yield and minimise waste, it’s a handy resource for prototyping and low-production-run PCB manufacturing.

Cambridge-based ARM is making the most of the funds available to it under SoftBank ownership, announcing the acquisition of Simulity in an apparent attempt to become a full-stack IP house for the Internet of Things market.

Simulity made a name for itself with the launch of embedded subscriber identity module (eSIM) products, designed to replace the existing physical SIM cards of mobile devices with embedded modules that can be swapped between providers and updated over-the-air – reducing the maintenance costs of IoT sensor network installations and similar systems considerably.

The deal sees Simulity’s current owner, Foresight, paid £11.4 million in cash for the company just eight months after it acquired Simulity for £4 million – a return on investment which highlights the current explosion of interest in IoT and eSIM technologies as well as ARM’s clear desire to branch out from its current focus on processing IP to a full-stack embedded offering.

The University of Washington has announced a mobile phone which requires no batteries, instead using energy harvesting technology to make both cellular and Voice-over-IP (VoIP) calls.

“We’ve built what we believe is the first functioning cellphone that consumes almost zero power,” claimed Shyam Gollakota, an associate professor in the Paul G. Allen School of Computer Science & Engineering at the UW, following the publication of his team’s research. “To achieve the really, really low power consumption that you need to run a phone by harvesting energy from the environment, we had to fundamentally rethink how these devices are designed.”

The team’s design, built entirely from off-the-shelf components, has an overall power budget of 3.5 microwatts, which it harvests from ambient radio signals at a distance of up to 31 feet from a compatible base station; a second prototype added a small solar cell no larger than a grain of rice which extended the communication range to 50 feet.

The team’s work can be read in the paper Battery-Free Cellphone in the Proceedings of the ACM on Interactive, Mobile, Wearable and Ubiquitous Technologies journal, Volume 1, Issue 2.

Collaborative coding environment GitHub has added support for allowing individual developers to be listed as the owners of a given portion of code, rather than just a contributor.

Described on the GitHub Help portal, the new CODEOWNERS file allows GitHub users to be listed as the owner of a repository or a subset of files therein. When a pull request is issued on code owned by a particular user, that user is automatically emailed – and any changes to owned code can, optionally, be restricted to requiring approval of said owner.

The syntax of the CODEOWNERS file follows the gitignore format, and allows for users to be specified via GitHub username, team name, or via an email address linked to a GitHub account.

Mozilla, the organisation behind the popular Firefox open-source web browser, has announced an effort to build a Web of Things (WoT) framework for the Internet of Things (IoT): Project Things.

“Using the Internet of Things today is a lot like sharing information on the Internet before the World Wide Web existed. There were competing hypertext systems and proprietary GUIs, but the Internet lacked a unifying application layer protocol for sharing and linking information,” explains Mozilla’s Ben Francis of the project’s inspiration. “The ‘Web of Things’ (WoT) is an effort to take the lessons learned from the World Wide Web and apply them to IoT. It’s about creating a decentralised Internet of Things by giving Things URLs on the web to make them linkable and discoverable, and defining a standard data model and APIs to make them interoperable.

“The Web of Things is not just another vertical IoT technology stack to compete with existing platforms. It is intended as a unifying horizontal application layer to bridge together multiple underlying IoT protocols. Rather than start from scratch, the Web of Things is built on existing, proven web standards like REST, HTTP, JSON, WebSockets and TLS (Transport Layer Security). The Web of Things will also require new web standards. In particular, we think there is a need for a Web Thing Description format to describe things, a REST style Web Thing API to interact with them, and possibly a new generation of HTTP better optimised for IoT use cases and use by resource constrained devices.”

Mozilla’s contribution to the Web of Things is Project Things, which includes a Things Framework connecting to the Things Cloud via a Things Gateway. Details are included in the blog post announcing the initiative for building a prototype Things Gateway using a Raspberry Pi single-board computer and experimenting with Project Things yourself.

Finally, fans of classic computing can finally enter the era of cloud computing thanks to 6502cloud, a project to create an implementation of a MOS Technology 6502 microprocessor as a service accessible via a processing API.

Designed by Chuck Peddle and his team at MOS Technologies in 1975, the MOS 6502 is an eight-bit microprocessor which has had an amazing impact on the world of computing. You can find a MOS 6502 inside classic computers from Atari, Apple, Nintendo, Commodore, and more, and even today the design is used in embedded systems where a low-power low-cost processor is required.

6502cloud, as the name suggests, is a cloud-hosted 6502 processor – or, rather, an emulated version hosted on Amazon’s Lambda platform. Requests are sent as base64-encoded 6502 assembler, which is then executed via Lambda and the result returned. “Why? Because I can,” its anonymous developer explains of the inspiration behind the project. “Because we can. Imagine a Beowolf cluster of 6502’s. Distributed 6502 processing. Cloud 6502. 6502 WEBSCALE!”