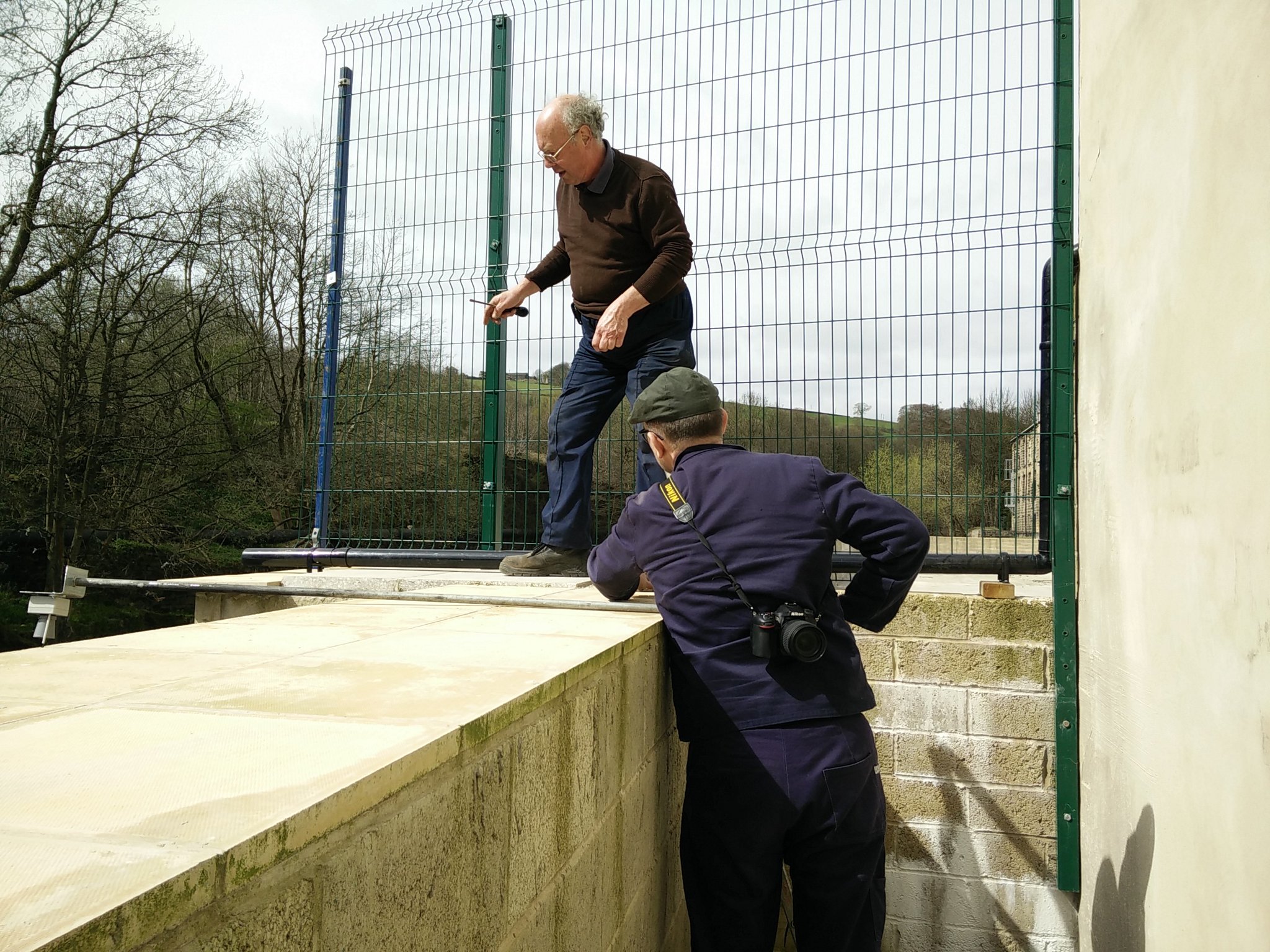 AB Open has announced a partnership with Flood Network to bring a series of Internet of Things (IoT) river level sensors to the Upper Calder Valley, providing valuable flood warning data for the region.

Joining the users of the Things Calderdale LoRaWAN network, the flood sensors are to be built by AB Open and transmit data to the Flood Network’s tailor-made data platform. Following the installation of the sensors both AB Open and Flood Network will work together on novel hardware and software applications to make best use of the data generated.

SiFive, the company behind the Freedom E300 family of RISC-V silicon and the HiFive1 development board based around it, has announced the U54-MC Coreplex IP, a multi-core RISC-V implementation designed for embedded platforms which need a full GNU/Linux implementation.

Currently available as licensable intellectual property (IP) but with silicon expected in the not-too-distant future, the U54-MC Coreplex builds on SiFive’s Freedom project but with considerably improved specifications: the design includes four 64-bit RISC-V RV64GC application cores with 32KB of instruction and 32KB of data cache per core, both with error-correcting code (ECC), 2MB of ECC Layer 2 cache, and a single RV64IMAC monitor core.

Unlike the company’s Freedom Everywhere family, the new Coreplex is designed with full Linux compatibility in mind. “The U54-MC Coreplex is the first fully Linux-compatible CPU based on RISC-V. It takes the industry one step closer to making custom silicon available to everyone,” claims Andrew Waterman, co-founder of SiFive. “We continue to be amazed by the support SiFive has received since we launched the industry’s first open-source RISC-V SoC last year, and look forward to additional milestones in the coming months.”

Bulgarian open hardware specialist Olimex has launched what it describes as a universal System-on-Module (SOM) standard based on the 204-pin SODIMM form factor, which it has pledged to use for all its future SOM releases.

“The experience we got from selling the SOMs for the past five years is that 99 percent of customers do not need all specific interfaces, but few common interfaces,” explains the company in its launch announcement. “For instance very few customer need 12 UARTs and 6 I²C in their design, but almost all need Ethernet, HDMI, SATA etc. Another important point is that soon or later the project they working on scale up and they need more memory or more processor power and with the current SOMs they have no option but redesign.

The resulting standard, based around the 204-pin SODIMM form factor, will be used for all future Olimex SOM boards starting with an initial SOM and motherboard based around the AllWinner-A20 system-on-chip due to launch in November.

Developers using the Linux kernel will now be guaranteed a six-year life-cycle when implementing the Long Term Support (LTS) kernel versions, up from a previous two years.

Announced by Iliyan Malchev during a presentation regarding Google’s Linux-based Android platform at the Linaro Connect 2017 conference, the change will see future Long Term Support kernels receive patches for six years after launch – a move which will hopefully have an impressive impact in the Internet of Things (IoT) field, where all too often devices are deployed then left running outdated software.

The first kernel version to include the six-year support period will be Linux 4.4 LTS. The non-LTS releases will not be receiving a support extension.

Mozilla, best known for the Firefox web browser, has announced the latest recipients of its Mozilla Open Source Support (MOSS) grants, totalling over $500,000.

“At Mozilla we were born out of, and remain a part of, the open source and free software movement,” explains Gervase Markham of the MOSS programme’s origins and inspiration. “Through the Mozilla Open Source Support (MOSS) program, we recognise, celebrate, and support open source projects that contribute to our work and to the health of the Internet.”

Recipients of the latest round of grants include: Ushahidi, a platform which aims to aid people caught up in political turmoil or subject to abuse; $125,000 to the JavaScript module loader webpack, earmarked for improving the cross-browser WebAssembly format; $100,000 to email security platform RiseUp; $50,000 to Phaser, an open-source HTML5-based games engine; and $70,000 to the mod_md Apache module, designed to make it easier to deploy secure HTTP.

Representatives of open-source projects interested in applying for a MOSS grant can do so through the Foundational Technology and Mission Partners programmes, while a separate programme is running for projects located in India.

Following on from the introduction of the Keybase Filesystem, which provides all Keybase users with 10GB of zero-knowledge fully-encrypted remote storage, the team behind the project has launched support for the git version control system. Using the latest version of the software, Keybase members can create unlimited git repositories taking up to 100GB of space and store them fully encrypted on Keybase’s servers free of charge. Teams, another feature of Keybase, can also be assigned to a repository, allowing multiple users to collaborate on repositories without compromising the zero-knowledge encryption.

“It is end-to-end encrypted. It’s hosted, like, say, GitHub, but only you (and teammates) can decrypt any of it,” the Keybase team explains. “To Keybase, all is but a garbled mess. To you, it’s a regular checkout with no extra steps. Even your repository names and branch names are encrypted, and thus unreadable by Keybase staff or infiltrators. We think this is better than paying a fee to store it in plaintext. Remember, it is impossible to delete cloud data with any kind of confidence, and your host may already be compromised.”

Chip giant Intel has announced an effort to make provisioning of Internet of Things devices as simple and secure as possible: Intel Secure Device Onboard.

“Today, provisioning and management of devices is a huge challenge, as IoT devices are added manually. It involves coordination between installation technicians, IT network operations, and operational technology teams and can typically take more than 20 minutes for a single device,” claims Intel. “Imagine installing 10,000 ‘smart IoT’ light bulbs – at present, it could take two years to complete the process. This is to say nothing of the effort required to maintain device privacy and security.

“To solve these complex issues, today Intel announced the launch of Intel® Secure Device Onboard (SDO). This technology securely automates and brings IoT devices online within seconds rather than hours. Intel SDO is being offered to IoT platform providers as a service they can provide to customers who wish to onboard thousands of connected devices.”

Intel’s SDO platform claims a ‘zero-touch’ model whereby devices automatically discover a customer’s particular IoT platform account at the time of power-on, while Intel’s Enhanced Privacy ID (EPID) claims to allow anonymous authentication while creating an encrypted communications tunnel to the vendor’s system. Although the company is working with various industry partners on the program, there is naturally one key catch: it relies upon using Intel silicon.

More information on Intel Secure Device Onboard can be found on the official website.

“We introduced Google Cloud IoT Core, a fully managed service on Google Cloud Platform (GCP), to help securely connect and manage IoT devices at scale. Since then, many customers across industries such as transportation, oil and gas, utilities, healthcare and ride-sharing have used the service and provided us with insightful feedback,” explains Google’s Indranil Chakraborty. “Cloud IoT Core is now publicly available to all users in beta, and we have introduced new set of features in this release. With Cloud IoT Core, you can easily connect and centrally manage millions of globally dispersed IoT devices. When used as part of the broader Google Cloud IoT solution, you can ingest all your IoT data and connect to our state-of-the-art analytics services including Google Cloud Pub/Sub, Google Cloud Dataflow, Google Cloud Bigtable, Google BigQuery, and Google Cloud Machine Learning Engine to gain actionable insights.”

New features introduced since the closed beta of the platform include HTTP connectivity in addition to the existing MQTT support, the ability to add your own device keys signed by your own certificate authority, the maintenance of a logical representation of devices and their states so properties can be retrieved and updated even while a device is offline, and the launch of IoT prototyping kits linked to the platform.

Finally, owners of the popular low-cost TS100 temperature-controlled soldering iron now have a new feature to play with: turning it into a usable oscilloscope using its existing on-board display.

“Readers of my blog will know that I have a weakness for modifying things to serve a purpose they never have been designed for. And admittedly, this project is one of the most stupid/nicest projects I’ve done recently. Why stupid? Well, I transformed a soldering iron into an oscilloscope,” jokes the project’s creator on his Befinitiv blog. “You can use the soldering tip as your measurement probe. Coincidentally, a soldering iron has already a pretty good form factor for an oscilloscope.”

While functional, there are caveats to the project’s implementation. “Since I’ve added no front end analogue circuit to the soldering iron, it is limited to what the ADC of the ARM is able to measure: 0 to +3.3V. This is of course very poor for an oscilloscope. Do NOT use it on your production soldering iron. Currently, it does not let you use the soldering iron and the oscilloscope code is nothing but horribly wrong.”

The existing code for converting a TS100 iron to a basic oscilloscope is available on Bitbucket now, with a higher quality version based on a clean-room reimplementation of the soldering iron’s existing firmware planned for the future.