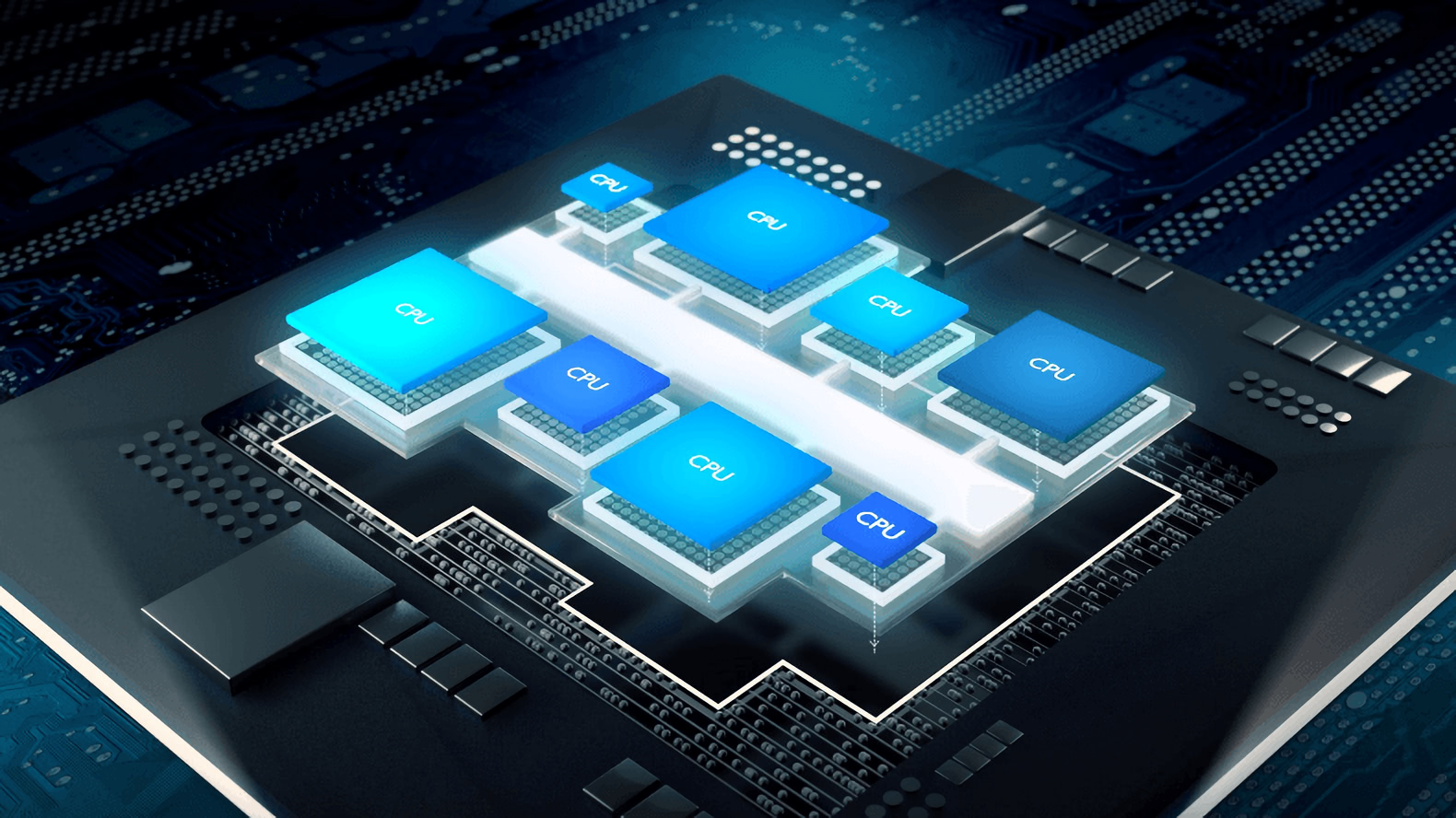 ARM, now under the ownership of Japanese technology giant Softbank, has announced a new microarchitecture for its next-generation processors, built with many-core and deep-learning projects firmly in mind: DynamIQ.

“DynamIQ technology is a monumental shift in multicore microarchitecture for the industry and the foundation for future ARM Cortex-A processors. The flexibility and versatility of DynamIQ will redefine the multi-core experience across a greater range of devices from edge to cloud across a secure, common platform,” claimed ARM’s Nandan Nayampally at the unveiling event. “DynamIQ technology will be pervasive in our cars, our homes, and of course our smartphones as well as countless other connected devices where machine learning is applied to the zettabytes of data they generate – both within the cloud and at the device level – advancing AI for a more natural and intuitive user experience.”

The core shift in DynamIQ is in its multi-core flexibility. Building on ARM’s big.LITTLE architecture, which allowed system-on-chip (SoC) designers to pair high-performance high-power cores with lower-performance lower-power cores, DynamIQ scales up to eight cores in any combination of so-called ‘big’ and ‘LITTLE’ – making it possible to build a chip with one ultra-low-power core for background tasks, two low-power cores for general use, and four high-performance cores for heavier compute tasks, as an example.

DynamIQ is also, ARM has claimed, designed with deep learning and machine intelligence in mind: the company has stated that new instructions focused on the needs of artificial intelligence will allow for up to a 50-fold boost in performance over the next five years, while the new architecture is tuned for communication with specialised AI-centric accelerator hardware that can be added to SoC designs. An overview of the new features is available in a blog post by ARM’s Govind Wathan.

Elsewhere in the processor world GreenWaves Technologies and Open-Silicon have announced a partnership to produce the GAP8 Parallel Ultra Low Power (PULP) Internet of Things (IoT) focused processor, based on the open RISC-V instruction set architecture.

Based on the open-source PULP project from the University of Bologna and ETH Zurich, GreenWaves’ GAP8 combines eight RISC-V compute cores with a hardware convolution engine (HWCE), which the company claims offers boosted performance for neural network pattern matching applications without eating in to the chip’s power envelope. Its initial implementation, the company has claimed, will run at up to a 250MHz clock speed and can perform a 5×5 convolution in one processor cycle.

GreenWaves has already begun providing field programmable gate array (FPGA) demonstrations of the GAP8 architecture, and with Open-Silicon pledges to release the first samples – built on Taiwan Semiconductor’s well-established 55nm Low Power process node – by the middle of this year. Details on the chip are available from the company’s official product brief (PDF warning.)

Karen Field at Electronic Design, however, has warned that the path to mainstream adoption for the open-source RISC-V architecture isn’t going to be an easy one, publishing the results of a survey pointing to a lack of visibility among embedded developers.

Although RISC-V has considerable promise for everything from ultra-low-power IoT projects to many-core cloud computing systems, Electronic Design’s survey paints a picture of a technology which is still hiding its light under a bushel: only 21 per cent of embedded developer respondents described themselves as “somewhat familiar” or “very familiar” with the architecture, while 37 per cent had heard of it in name only. The remaining 42 per cent, meanwhile, hadn’t heard of it at all.

Those who did have knowledge of the architecture pointed to a number of benefits – including the potential for parts to be more secure than their closed-source equivalents and potentially cheaper to boot – but many claimed that the currently available implementations are as-yet not mature enough for high-reliability projects. The majority, though, responded that they need more information to make up their minds, suggesting that the biggest hurdles currently facing the RISC-V project are, in fact, education and awareness – and pointing to the benefits campaigns surrounding these areas could bring.

Anyone working on or planning a robotics project will be pleased by the launch of the BeagleBone Blue single-board computer, courtesy industry pioneer BeagleBoard, which brings with it integrated motor control and sensors designed with remote-operated and autonomous vehicles in mind.

Based on the existing BeagleBone Black design, the Blue variant is robot-friendly: pulse-width (PWM) and pulse-position modulated (PPM) outputs are provided for 6V servo motors or electronic speed controllers while further outputs support plain DC motors; quadrature encoder inputs are joined by a nine-axis inertial measurement unit (IMU) and barometer for positioning and environmental sensing; the Controller Area Network (CAN) bus is supported, among others, on the general-purpose input-output (GPIO) pins; and there’s a Texas Instruments AM3358 ARM processor with 512MB of RAM powering the system. An on-board battery management circuit handles charging and discharging, while programming can be handled in-browser using the on-board Wi-Fi access point.

As with BeagleBoard’s other designs, the BeagleBone Blue is entirely open hardware with schematics, source files, manufacturing files, and a full bill of materials available from the official product page. UK pricing for a ready-made BeagleBone Blue has been set at £63.82 plus VAT.

Intel, meanwhile, is continuing to push its low-power Curie module with the UK launch of an ultra-compact development board it calls the tinyTILE, designed with a focus on rapid prototyping of wearable and embedded electronics projects.

The Intel tinyTile is available now, priced at £31 plus VAT in the UK, with more information available from the official Intel website.

While it’s likely to be a while before the technology hits the open market, researchers at IBM and ETH Zurich have claimed a breakthrough in redox flow batteries – batteries capable of powering microelectronics even as they provide cooling.

The team’s battery takes technology which has previously only been used on a large scale in energy storage applications and applies it to microelectronics, creating a 3D printed micro-flow battery capable of providing a net 1W per square centimetre of battery surface while also cooling the chip onto which they are attached.

“The chips are effectively operated with a liquid fuel and produce their own electricity,” explains Dimos Poulikakos, Professor of Thermodynamics at ETH Zurich, in his summary of the paper he co-wrote. “We are the first scientists to build such a small flow battery so as to combine energy supply and cooling,” added co-author Julian Marschewski.

The paper has been published in the Energy & Environmental Science journal of the Royal Society of Chemistry. Sadly, none of the researchers involved have offered a potential timescale for commercialisation of the technology.

Vint Cerf, best known for his role in the creation of the modern Internet, has spoken out regarding the need to deeply consider security in Internet of Things project development, warning of the risks from developers that “grab a piece of open source software or operating system and just jam it into the device.”

Speaking at the Association for Computing Machinery’s 50th Turing Award celebration, attended by technology tabloid The Register, Vint was clear about the need for developers to focus more on security than features. “The biggest worry I have is that people building [IoT] devices will grab a piece of open source software or operating system and just jam it into the device and send it out into the wild without giving adequate thought and effort to securing the system and providing convenient user access to those devices,” the site reports of his speech.

“Companies looking to make their brands attractive are going to have to pay a lot more attention to security and privacy and access control if their users are going to endorse their products,” Cerf reportedly continued. “Let’s just stick with internet enabling of everything, but on the other side of that, let’s make sure that when we do that, we think our way through the security, safety and reliability of the systems.”

Collaborative coding platform GitHub has published a new employee intellectual property (IP) agreement which, it claims, helps employees take back control of projects they develop outside their direct capacity as an employee while still protecting their employers’ rights.

Dubbed the Balanced Employee IP Agreement (BEIPA), the publication is an open-source and wholly reusable form of GitHub’s internal IP agreement documentation, and comes with the promise that it respects employees’ rights to IP they create on their own time. “A company using BEIPA doesn’t try to claim control of an employee’s free time knowledge production, nor does it try to extend company control past the period of employment,” the documentation for the agreement promises. “Think of BEIPA as a commitment to employee autonomy and ‘work/life balance’ – for the mind.”

The agreement includes protections for IP created “in their employee capacity and the IP relates to an existing or prospective company product or service, or was developed for use by the company, or was developed or promoted with existing company IP or with the company’s endorsement,” but otherwise allows employees to retain their rights. This stands in stark contrast to the agreements used by many large technology companies; Steve Wozniak, as an infamous example, was only able to co-found Apple Computers because his employer Hewlett Packard passed on the chance to commercialise the personal computer that would become the Apple I.

Full details, plus the agreements themselves, can be found on GitHub’s GitHub repository, licensed Creative Commons Zero v1.0 Universal.

Finally, anyone who has not yet applied to the IoTUK Boost Things Calderdale programme, which provides access to a wide-area wireless network and the support and hardware required to develop prototype platforms making use of this network, has an extra month to do so following a deadline extension – but with only two places left, this is likely to be the last chance!

Successful applicants in the programme will be given access to a Long Range Wide Area Network (LoRaWAN) in Calderdale, or an equivalent network in their local region, along with a two-day hands-on workshop, the hardware required to begin prototyping, and 12 months of development support provided by AB Open. All of this is provided free of charge through AB Open’s partnership with the Digital Catapult as part of the IoTUK programme, RS Components, The Things Network, and Calderdale Council.

Those interested in applying for the last two spaces have until the 15th of April, and can find more details on the Things Calderdale website.