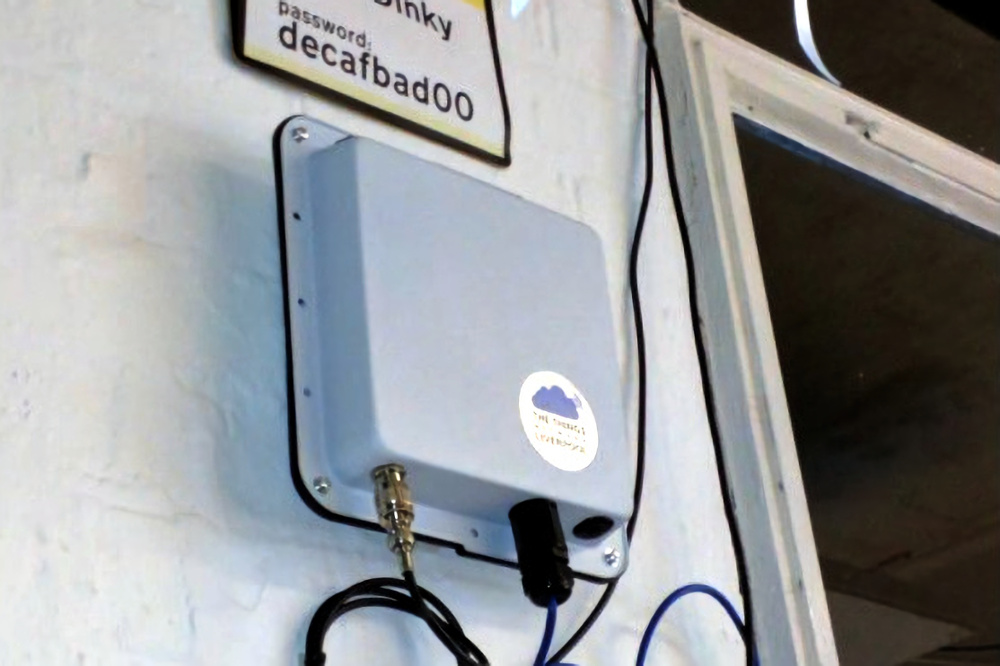 Community wireless effort The Things Network is a little larger today thanks to the official launch of The Things Network Liverpool’s first permanent gateway, activated earlier this week in its permanent home at DoES Liverpool – and it’s only the first of a total of five due to go live in the coming months.

Based around the IMST iC880A LoRaWAN concentrator connected to a low-cost Raspberry Pi microcomputer, the gateway replaces hardware previously on loan from the Flood Network project and represents Liverpool’s first permanent public-access LoRaWAN installation. Details on the build are available in The Things Network Liverpool’s GitHub repository, and the team behind the build is to roll out a further four gateways for a total of five permanent nodes in the next couple of months – giving Liverpool a blanket of low-power wireless connectivity for embedded projects.

The RISC-V project has announced its schedule of upcoming events, which include meet-ups in Nuremberg, Munich, Chennai, and China between now and May – the latter being the project’s sixth RISC-V Workshop since its inauguration.

Open to anyone with interest in embedded development, whether experienced in the open RISC-V architecture or not, the project’s upcoming events begin with EmbeddedWorld in Nuremberg, Germany on the 14th-16th of March 2017, including product demonstrations from member companies Antmicro, Codasip, Microsemi, and UltraSoC. Those still in Germany later in the month can also attend the Open Source Silicon event organised by the FOSSi Foundation in Munich on the 23rd of March, which includes members of the RISC-V and lowRISC projects. Finally, the RISC-V International Conference 2017 (RIC2017) is schedule for the 2nd and 3rd of April in Chennai, India, in partnership with the IIT Madras Computer Architecture Initiative and its RISC-V-based SHAKTI Processor Project.

The sixth RISC-V Workshop, meanwhile, is scheduled for the week commencing the 8th of May 2017 in Shanghai, China. Full details of the workshop, including a call for papers and registration, are not yet available but will be sent live by the RISC-V Foundation closer to the time.

Anyone whose project relies on the popular SHA-1 hashing algorithm is advised to seek alternatives at their earlier convenience, following the publication of a confirmed collision attack dubbed SHAttered in which two decidedly different PDF files result in identical hashes.

Frequently used for everything from password validation to universally unique identifier creations, SHA-1 has been officially deprecated by the US National Institute of Standards and Technology (NIST) since 2011 owing to theoretical collision attacks and the existence of more secure successors including SHA-256 and SHA-3. Despite this, it remains in common usage – something that concerns the researchers behind SHAttered, who proved that it’s possible to generate two different PDF files which nevertheless hash to the same value.

Although the collision attack should encourage developers to migrate away from SHA-1, it was not without effort: the team behind the attack, icnluding researchers at the Centrum Wiskunde & Informatica (CWI) and Google, spent a total of 6,500 CPU years and 110 GPU years computing the collision. The code behind the attack is not yet public, but Marc Stevens has published a tool for detecting SHA-1 collision attacks within files.

In happier news, version 4.10 of the Linux kernel has been released with plenty of improvements and enhancements for embedded developers, including improved support for the CHIP Pro, Raspberry Pi, AllWinner A64, and Marvell Armada 3700 platforms.

In total, Linux 4.10 integrated 13,000 commits and 1,200 merges over Linux 4.9, and while many are not related to embedded use Free Electrons has a list of embedded-specific commits made by its team members. These commits include support for the Video Encoder IP on the Raspberry Pi, networking support on the Marvel Armada 3700, improved support for the Marvel cryptographic engine and TI OMAP hardware number generator, 1-Wire support on the CHIP and newly-launched CHIP Pro platforms, and clock support for the AllWinner A64. As always, the latest kernel can be found at Kernel.org.

The open-source Internet of Things platform DeviceHive has received a new release, featuring a ground-up redesign focused on microservices – but, creator DataArt claims, without any breaking changes to the platform’s existing application programming interface (API).

One of a number of competing open-source platforms for the IoT, DataArt’s DeviceHive has enjoyed early success with companies including Canonical and Microsoft. In its most recent release, DataArt claims it has redesigned the platform to “move to a modern architecture” based around microservices, with key functional elements including database support and internal messaging shifted to their own modules to ease expansion of support. The API, though, is described by the company as “largely unchanged,” which will come as a relief for anyone who has already developed on the platform.

Those developing on field-programmable gate arrays (FPGAs) may benefit from the advice of Adam Taylor published on Embedded.com this week, offering insight into how FPGA-based projects can go awry – and how to prevent exactly that.

With advice ranging from the generally applicable, like ensuring you have a stable requirements baseline to avoid scope creep, to the more specific, including making decisions about internal development versus third-party IP licensing, Adam’s tips provide a great overview of the things to consider when going into an FPGA project – although anyone expecting low-level technical details will need to look elsewhere for their fix.

Anti-virus firm Kaspersky made waves this month with the announcement of Kaspersky OS, a novel operating system built from the ground up and designed to offer maximum security for embedded devices from networking and industrial control systems to Internet of Things nodes.

“This is not Linux. It’s literally not Linux; there’s not a single string of Linux code in it. We designed the OS from scratch, for different applications and purposes,” claimed company founder Eugene Kaspersky of his company’s latest product. “In order to create a secure environment, we need to enable global Default Deny at the process level and wrap it into a microkernel. In simple words, it’s a system that does what it’s instructed to and is unable to do anything else.”

Sadly, while Kaspersky offers paying customers the opportunity to examine the operating system’s source code to verify its claims of security, the project is not open-source. Regardless, developers interested in investigating the project for potential implementation can find more details on the official website.

Finally, our friends at software defined radio specialist Lime Microsystems have announced an impending crowdfunding campaign for the LimeNET, a new project that builds on the already successful LimeSDR.

Taking the form of a miniature yet powerful Intel Core i7-based PC with an internal LimeSDR radio, the LimeNET and LimeNET Mini are designed as one-box base stations for 2G-5G cellular networking – though the software-defined nature of the LimeSDR means they can also be used to run a wide range of other protocols from LoRaWAN to Sigfox. Each unit runs Canonical’s Ubuntu Core Linux distribution, with add-on software available in the form of self-contained Snaps which can be quickly installed from Canonical’s App Store.

The LimeNET campaign is not yet live, with more information and the option to sign up for notifications available on the project’s Crowd Supply page.