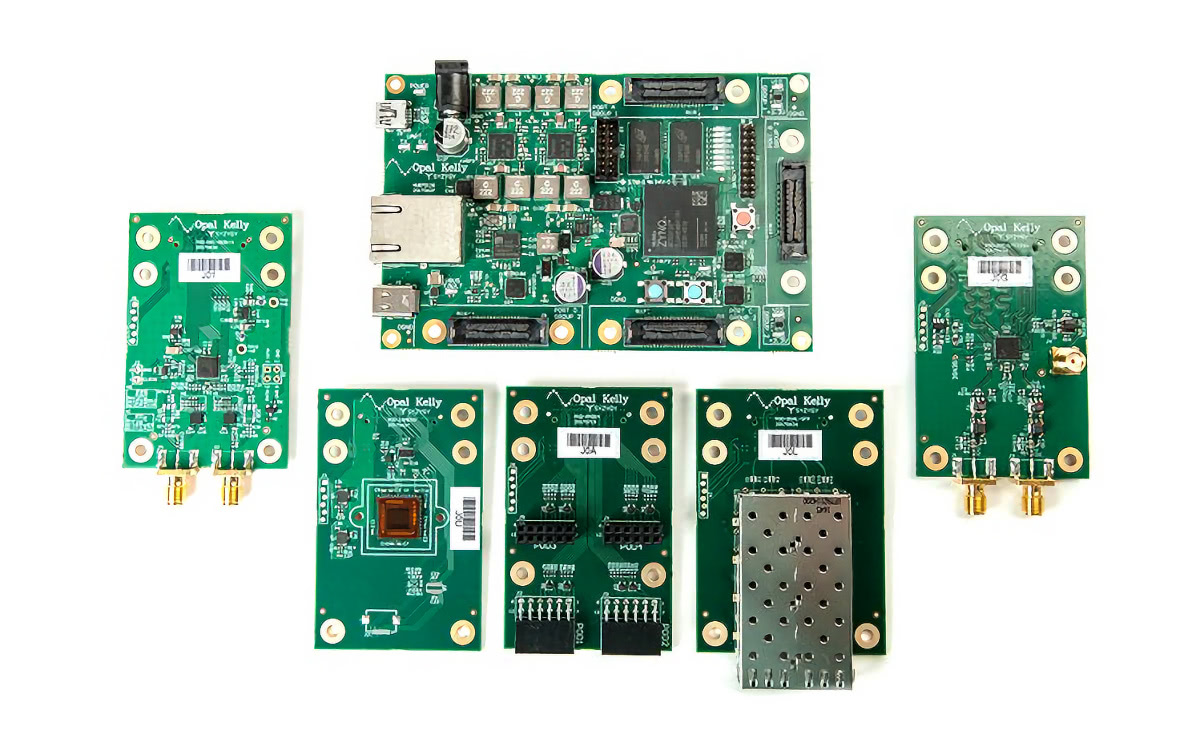 Designed to coexist with existing interconnection standards including PMOD and FMC, Syzygy is claimed to be entirely vendor-agnostic and compatible with products from all major FPGA manufacturers including Xilinx, Intel, Lattice, and Microsemi. While owned by Opal Kelly, which was founded in 2004, Syzygy is licensed freely to vendors creating either carrier systems or peripherals – meaning anyone is free to implement it at any time.

For those just looking to get started Opal Kelly is launching the Brain-1, a development board featuring a Syzygy implementation, along with a range of compatible add-on modules. Described as “the first realisation of a carrier board supporting Syzygy,” the standard Brain-1 includes a Xilinx Zynq 7012S 55,000-cell FPGA and single-core 667MHz ARM Cortex-A9 processor, 1GB of DDR3 memory, a gigabit Ethernet connection, three standard Syzygy ports with 28 input/output (IO) channels and two clock pairs each, and a single Syzygy transceiver port with 18 I/O channels, two each FTP receive and transmit pairs supporting up to 3.75Gb/s data throughput, and a single transceiver reference clock pair.

More information on the board, which is to be released alongside the peripheral boards under an as-yet unspecified permissive licence, can be found on the crowd funding page, while the official website has details on the Syzygy standard.