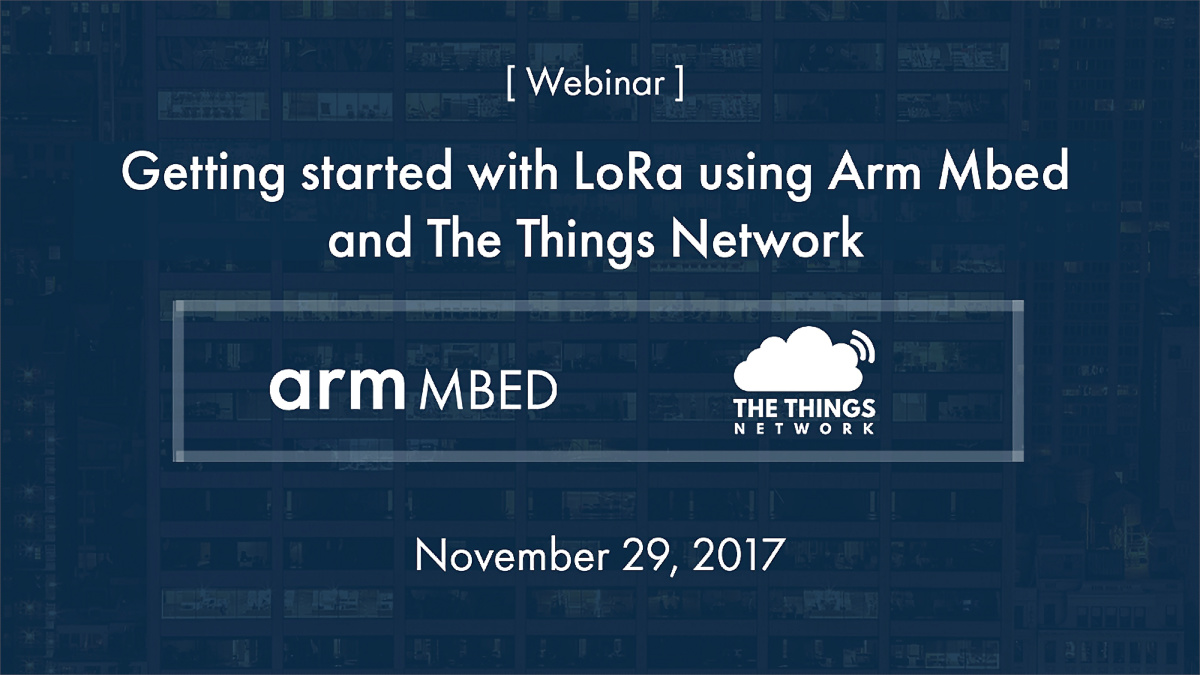 Arm’s Mbed division has announced a webinar offering a getting started guide to using the LoRaWAN long-range low-power radio standard via The Things Network, scheduled for the 29th of November.

Hosted by Jan Jongboom and Johan Stokking, the principle applications engineer and developer evangelist for Internet of Things (IoT) at Arm and the chief technical officer and co-founder of The Things Industries and The Things Network respectively, the webinar aims to offer an introduction into using The Things Network via LoRaWAN from an Mbed-based development board.

“LoRaWAN is one of the most exciting new technologies for device communication,” its organisers explain. “It promises over 10 kilometres of range and a 10 year battery life, using unlicensed spectrum, allowing everyone to create a network. That sounds perfect for Internet of Things (IoT) appliances, right? But how do these numbers hold up in the real world? And how is LoRa different from other Low-Power Wide Area Networks (LPWANs) like LTE Cat-M or NB-IoT?”

The event is to run on the 29th of November in morning and afternoon sessions, 0900 GMT and 1700 GMT respectively, with a short question and answer slot after each. More information is available on the official website.