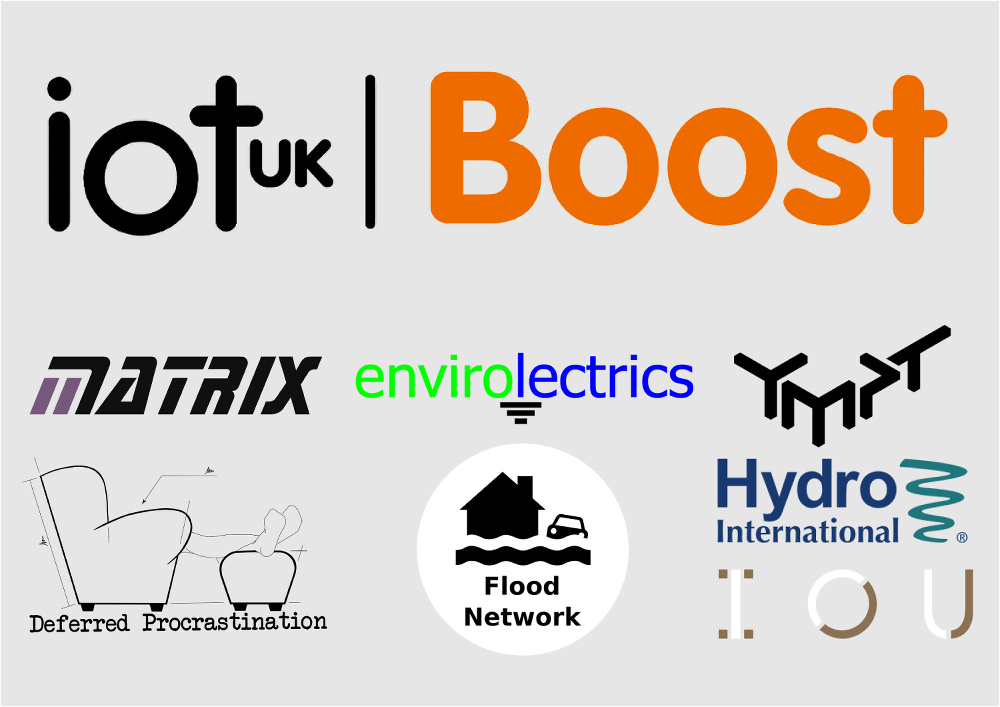 Halifax, West Yorkshire, 3rd April 2017 — Open-source and technical communities consultancy AB Open has released the names of businesses chosen to participate in a free long-range wireless communications network testbed built with the Internet of Things (IoT) and machine-to-machine (M2M) in mind, as part of the IoTUK Boost programme launched by the Digital and Future Cities Catapults.

Founded by Innovate UK, the government’s official innovation agency, the Digital Catapult and Future Cities Catapult announced AB Open as a formal member of the IoTUK Boost programme late last year. Under the government-backed programme and in partnership with the Digital Catapult, Calderdale Council, RS Components and The Things Network, AB Open has begun an initiative to help the participating small and medium-sized enterprises (SMEs) develop products and services based on the burgeoning Internet of Things (IoT) sector. Member companies receive free hardware for prototyping, access to training via a hands-on workshop, and ongoing support before being given the chance to showcase their creations to the wider community.

“We were extremely impressed with the quality of the responses to the open call for participation in the programme, which demonstrated a high level of interest in the use of low-power wireless technologies for solving problems in a range of areas,” said Andrew Back, managing director of AB Open, following a two-month application period in which local businesses and entrepreneurs were invited to submit bids for inclusion in the free programme, “and are delighted to be able to announce the selection of eight participant organisations spanning the creative, environmental, and IoT sectors.”

The companies named as participants in the programme are:

Deferred Procrastination, a Liverpool-based open-source design engineering company and the initiator of The Things Network Liverpool, a community-driven effort to install and operate a LPWAN network within the area.

Envirolectrics, an electrical contractor based in Elland which specialises in low-voltage electrical services for use on high-voltage sites, including oil containment schemes, flood defence schemes, and building refurbishments.

Hydro International, whose Hydro-Logic division works to develop wireless telemetry systems designed to provide early warnings of rainfall, river level, and pollution issues and which must operate at long ranges and in all conditions.

IntelliThings Solutions, a young and promising start-up working in the Internet of Things (IoT) sector with a focus on energy, health, and sports markets.

IOU Theatre, a production organisation with nearly 40 years’ experience in the development of live shows and contemporary art experiences in indoor and outdoor environments and using cutting-edge and innovative technology in the process.

Matrix TSL, a Halifax-based global provider of science, technology, engineering, and maths (STEM) educational solutions, which is looking to add support for the LPWAN technology at the heart of the programme to its Flowcode integrated development environment (IDE).

YMPT, an event and physical prototyping specialist known best for its work on videogame and festival projects including the regular EGX event in Birmingham’s NEC and the Feral Vector independent gaming conference.

Following the commencement of the programme this May, each of the named participants will be supplied with hardware featuring the Long-Range Wide-Area Network (LoRaWAN) technology for the creation of prototype devices, trained during a two-day hands-on workshop, given a full 12 months of support, as well as being provided with opportunities to showcase their LPWAN-enabled products and services upon completion of the programme.

While the official application deadline has now officially closed, interested parties who wish to join the programme cohort are advised that there is potential for up to two companies or individuals to enter the programme provided an application is made well in advance of the programme’s official commencement in May.

More information on the IoTUK Boost programme and The Things Network Calderdale can be found on the official website at https://thingscalderdale.com.

Powered by the Digital Catapult and the Future Cities Catapult, IoTUK is a programme of activities that seeks to advance the UK’s global leadership in the Internet of Things (IoT) and increase the adoption of high quality IoT technologies and services throughout businesses and the public sector.

The Digital Catapult’s press release on the IoTUK Boost partnerships can be found at:

LoRaWAN is a Low Power Wide Area Network (LPWAN) with features that support low-cost, mobile, and secure bi-directional communication for Internet of Things (IoT), machine-to-machine (M2M), and smart city, and industrial applications. LoRaWAN is optimised for low power consumption and is designed to support large networks with millions and millions of devices.